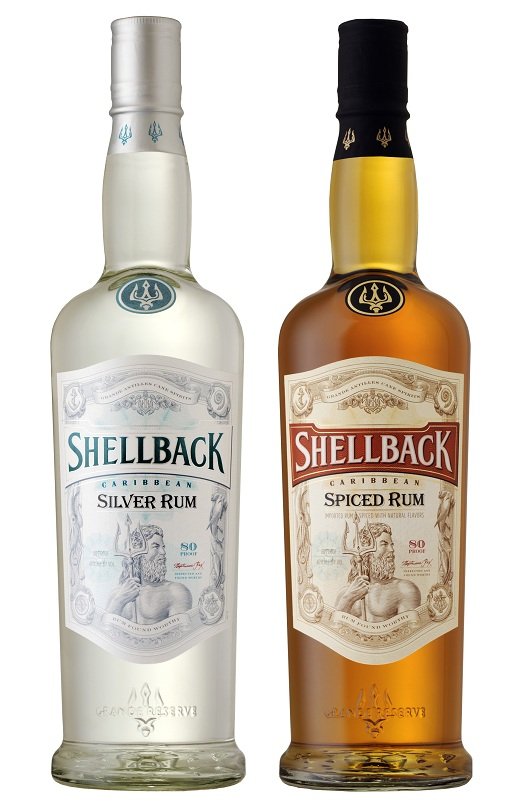 This new rum brand — named after a term used to describe a savvy sailor — is produced in Barbados, with its eyes set on the premium segment of the market. Both of these initial expressions are 80 proof.

Shellback Silver Rum – Aged 12 months in Bourbon barrels and filtered to white. Huge vanilla on the nose, with some petrol undertones. Very sweet — I called it “cotton candy” during my first encounter — with a long, sugary finish. It does echo back that edge of bitterness in the finish, but as the rum aerates it takes on a more complex cookie dough character — chocolate chips included. B+

Shellback Spiced Rum – Per the company, “Shellback Spiced has no added sugar and features a combination of all natural spices from around the world including: cinnamon bark oil from Sri Lanka and Ceylon; ginger oil from China and Africa; clove oil from Madagascar and India; nutmeg from Indonesia; cassia from Vietnam and China; vanilla from Madagascar and allspice from the Caribbean.” Rougher than I had hoped, with the spiciness coming across dry and dusty, like when you touch ground cinnamon directly to your tongue. This is clearly intentional — the absence of sugar is a badge of honor for Shellback in this spirit — but it doesn’t do the spirit any favors, finishing things off not with refreshing spiciness but rather a bit of astringency. B-

Review: The Lash Spiced Rum
Posted in Rated B-, Rated B+, Reviews, Rum