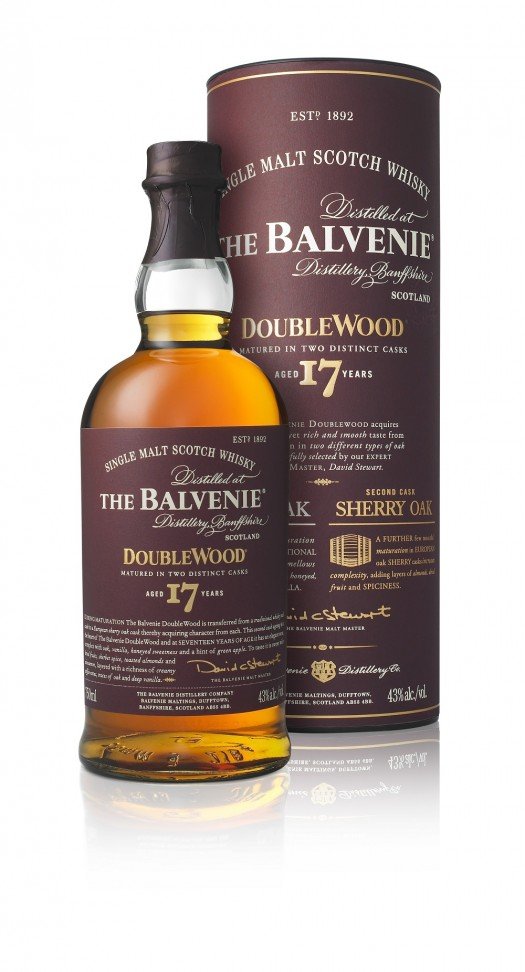 The latest whisky to enter the Balvenie core range is this number, a 17 year old version of the distillery’s classic 12 Year Old DoubleWood.

Like the original DoubleWood, this expression starts in Bourbon casks (for 17 years) then spends 3 to 6 months in Oloroso sherry casks. Yeah, “DoubleWood” is just a fancy way of saying “Sherry finished,” but the intercapped W looks cool.

New west coast brand ambassador Lorne Cousin brought a pre-release bottle by — that’s him below (ask him about his previous career as a professional bagpiper!) — and we sipped and gabbed about this really well-done whisky for longer than we probably should have. Beautiful honey on the nose transforms into nougat on the tongue. The sherry influence is unmistakeable here, along with touches of heather and hints of the whisky’s barley origins. The finish: apple pie, with a focus on the caramel. The body is just perfect, oily but not mouth-coating.

It’s tough to say but this might be my favorite regular expression of Balvenie to date. Arriving this October, only in the U.S. to start. (Take that, Europe!) 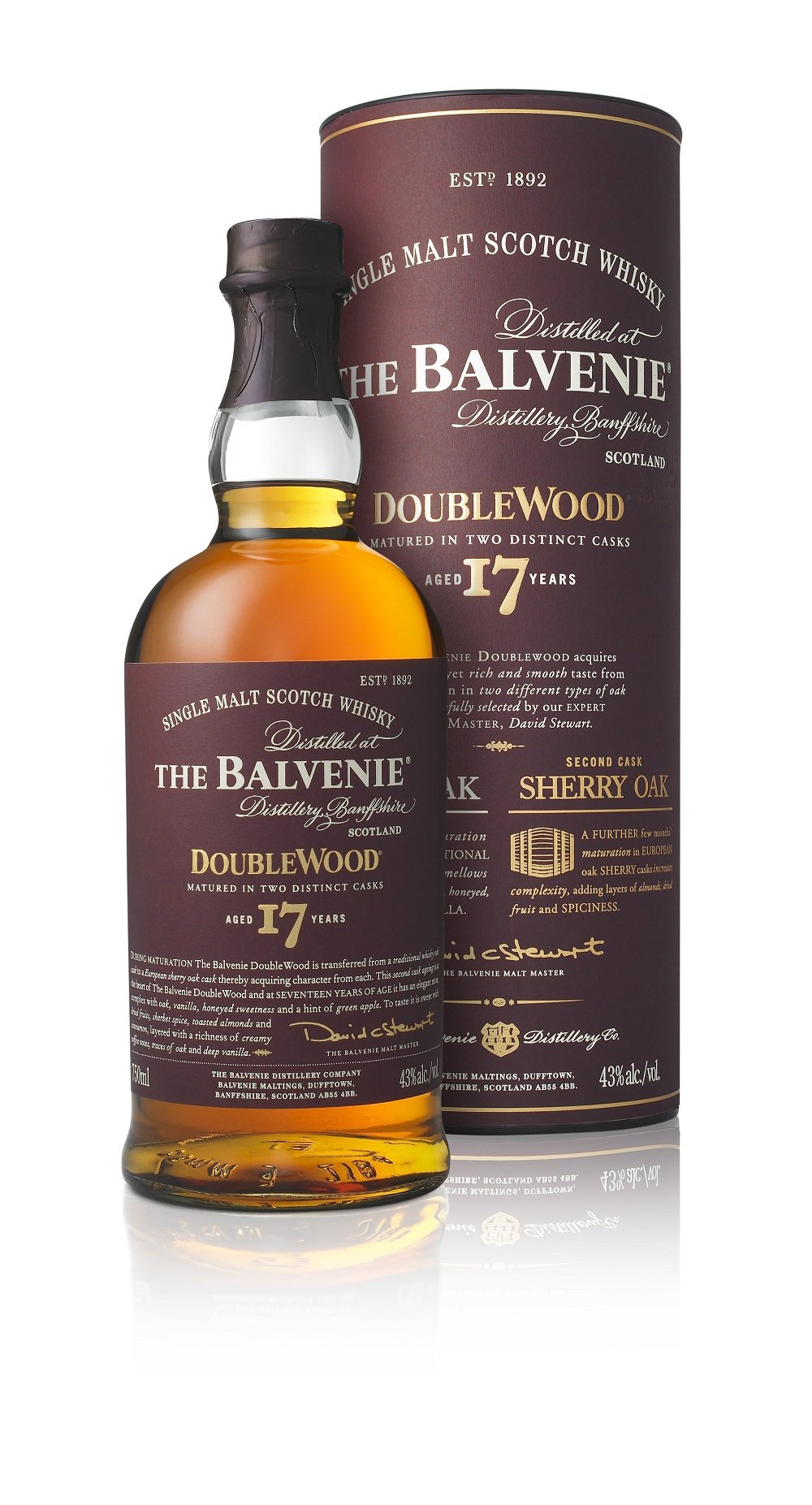