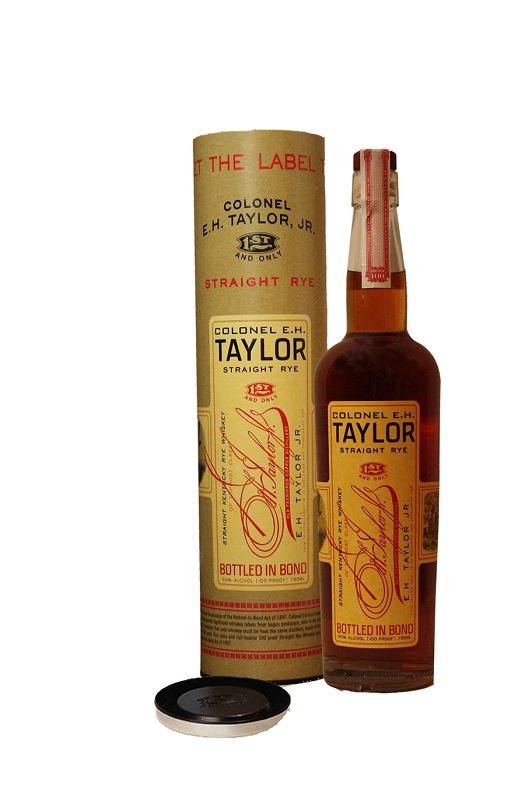 The mashbill is interesting and unusual: Only rye and malted barley, no corn. The proportion of each isn’t disclosed, but it’s definitely heavy on the rye.

At 100 proof (like all bottled-in-bond whiskey is), it’s surprisingly hot. I was generous with the water to help bring out this rye’s character, though it dilutes the pretty amber color.

The nose offers classic rye notes: Lots of spice, with no restraint at all in its brashness. That’s not bad. I like rye to taste like a real rye. It’s sweet, but with lots of power backing it up and a long finish. Taylor has that, and water doesn’t impact that body at all (just tones down the alcohol burn). Lots of character to go around: Orange-infused caramel quickly fades and leaps into flavors of red pepper, rhubarb, strawberries, and cinnamon, then fades into an orange-flower honey finish. Great balance, with many layers.

My sample bottle was emptied well before my experience of this whiskey was, a rarity in a world where so many spirits wear their character on their sleeve.