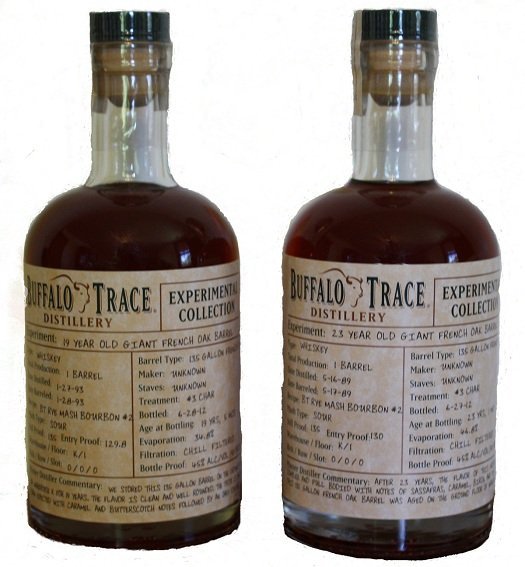 With all the hubbub over small whiskey barrels going on, it almost went unnoticed that Buffalo Trace released a whiskey that went the opposite direction: Aged in oversized French oak barrels for a long, long time.

To be sure, the 135-gallon barrel (likely a “puncheon” as terminology goes) is not the largest wooden barrel out there. The biggest I know of is the gorda, which can store a whopping 185 gallons. Still, compared to the standard 53-gallon Bourbon barrel, that’s a big hunk of wood.

The science here should be obvious. Small barrels age whiskey exponentially faster, so large ones should age whiskey much more slowly. What else might happen? According to Buffalo Trace, it saw slower evaporation, too. (Some details follow.)

These barrels had a lighter char — #3 instead of the usual #4 — and the new make spirit put into each employed a rye-heavy Bourbon recipe. Both were aged on the ground floor and chill filtered before bottling at 90 proof. Notes from the distillery are in italics. My notes are in a regular font.

Buffalo Trace 19 Year Old Giant French Oak Barrel – This 135 gallon barrel was filled on January 28, 1993 and was bottled June 28, 2012. It came off the still at 135 proof and was entered into the barrel at 129.8 proof.  The evaporation rate on this barrel was 34.8%, which is considerably lower than a typical 53 gallon barrel, which averages 55-60% evaporation for the same time frame. Very tradition Bourbon character here. One would never guess this was nearly 20 years old. Sweet, with lots of dessert character: Caramel sauce, chocolate-covered cherries, and a woodsy note, particularly evident, almost like lumberyard, on the nose. Really quite pleasing and not overcooked at all. A-

Buffalo Trace 23 Year Old Giant French Oak Barrel – This giant barrel was also 135 gallons, filled on May 17, 1989 and bottled on June 27, 2012. The whiskey entered into the barrel at 130 proof and the evaporation rate was lower at 46.8% than a typical sized 23 year-old barrel. Those extra four years make a difference. This Bourbon offers more citrus notes, with a more wood-forward profile. Racier, but also with a dusty, drying finish. The wood has finally taken hold (evidenced from the much higher evaporation rate) here, giving the whiskey more of a sawdust character. Overdone, but hanging on just barely. B 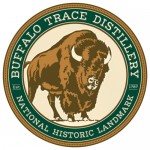