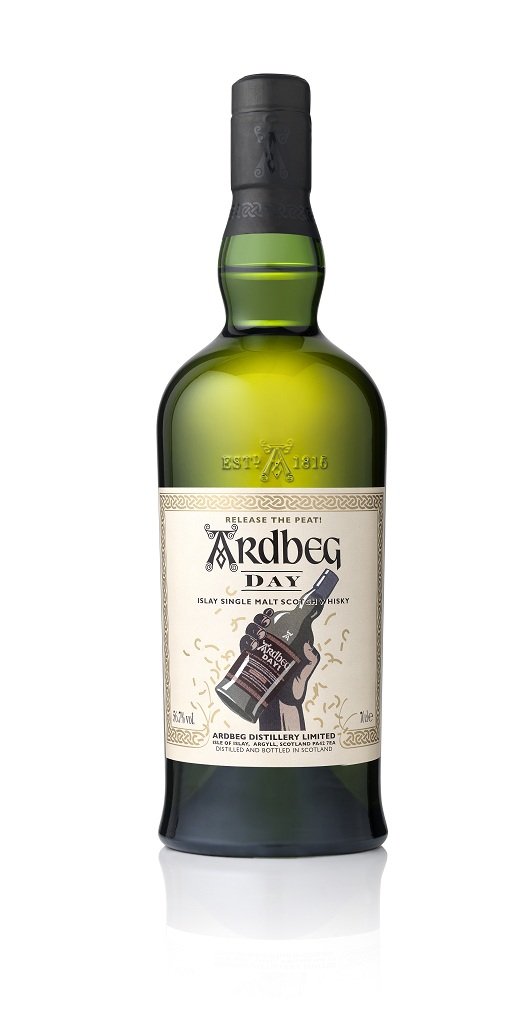 Every year the Scots celebrate the summertime at the Festival of Malt and Music, two great things which go great together. In honor of the event, which typically takes place at the beginning of June, Ardbeg released Ardbeg Day, a limited edition bottling that is meant to be the start of a new annual series.

12,000 bottles of Ardbeg Day (sometimes denoted as Ardbeg Day 2012) were released this summer. (We are admittedly late to this party, but you should still be able to find it floating around.) Two styles of Ardbeg are used to make this vatting, which is then re-casked for 6 months in sherry casks. Bottle proof is a blazing 113.4. There’s no age statement for the whisky itself, nor additional information on the two constituent whiskys in the vatting.

What’s clear is that this is young Ardbeg, a pale and misleading spirit that packs a real wallop when cracked open. The nose is fire and brimstone, a big peat monster that lets no secrets through when sipped. It’s just too hot at cask strength, so don’t be shy with the water.

Once tempered, Ardbeg Day reveals its mysteries: creamy vanilla notes, butterscotch, and a touch of citrus — lemon more than orange. Sherry cask and peated whisky go together well, and Ardbeg does a real service to this style with Day. The integration is solid, the finish long, lasting, and well balanced between smoke and fruit. Definitely one to drink with water, though. Straight from the bottle it’s simply overwhelming.