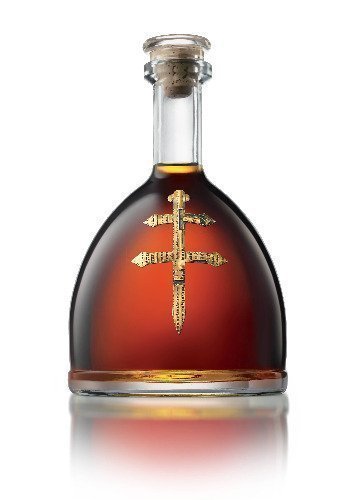 This new Cognac is being launched by Bacardi and endorsed by Jay-Z. The package is one of the snazziest I’ve seen in a long time, and the name, pronounced “dew-say,” is exotic enough to pique anyone’s interest.

Produced by a 220-year-old Cognac house, Otard, D’usse is a premium-priced VSOP but is intended mainly as a mixer.

That’s a good idea, actually. There’s so much boozy alcohol on this that it takes quite a while to blow off. Once it does, D’usse’s VSOP leaves behind a relatively modest profile: Wood, raisins, orange, with a finish that recalls a few baking spices, particularly nutmeg.

That all sounds pretty tasty, but there’s just so much rawness in this spirit that the sweeter, more delicate notes have trouble muscling through. This is a brandy that needs much more time simmering down in cask to show its true promise. Until then, yeah, it’s a mixer.