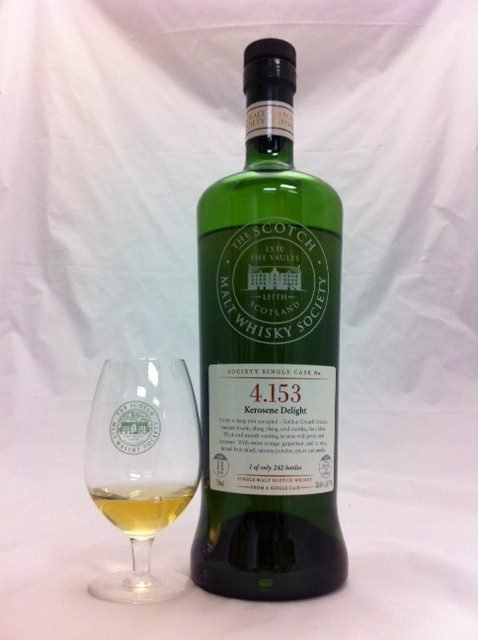 Keeping up with the SMWS is going to be tough, but we’re up to the task. Here are thoughts on the four newest releases from our “secret whisky” friends. This outturn covers the second half of August 2012.

SMWS Cask 4.153 – 11 year old Highland Park from Orkney – Very hot HP, at a blazing, cask strength 117.2 proof. Needs copious water to bring out its charms, which are plenty: Tangerines, marshmallows, and modest floral notes are balanced with signature mild peat, chimney smoke, and bacon notes. Young, though, and even at lower alcohol levels, the finish is hot. I’d happily tipple on this, but you can get 12 year old Highland Park for 30 bucks, so… Distilled 1999, 150 bottles allocated for U.S. B+ / $100

SMWS Cask 39.83 – 28 year old Linkwood from Speyside – Nice old stock here, well aged and drinking wonderfully. Chewy with nuts, honeycomb, and and touches of wood, there’s lots of stone fruit character — peaches and apricots — that comes along after. Water brings out some petrol character, not in a bad way. A touch less complex than I was thinking it would be, but still really delicious. Distilled 1982, 107.8 proof, 120 bottles allocated for U.S. A- / $180

SMWS Cask 76.84 – 21 year old Mortlach from Speyside – Restrained on the nose. Immediate rush of smoke on the tongue, which fades into notes of licorice, green grass, and fatty bacon character. Less fruit than I’d imagined from Mortlach, with what’s there, dead-on as SMWS’s tasting notes put it, mainly of the dried variety. I’m not enthralled with the fiery finish. Distilled 1989, 115.6 proof, 239 bottles allocated for U.S. B / $145 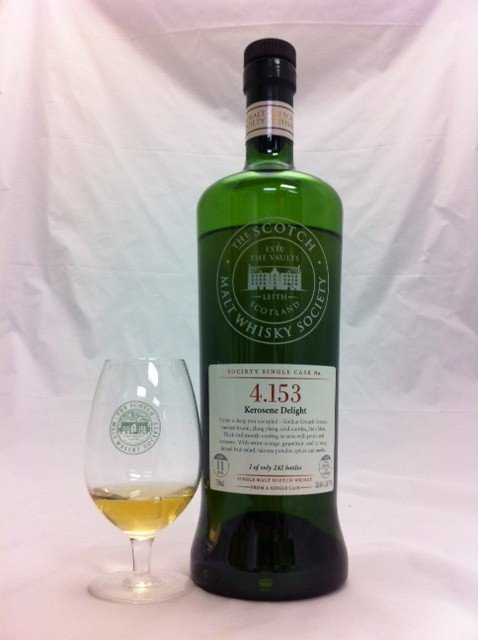