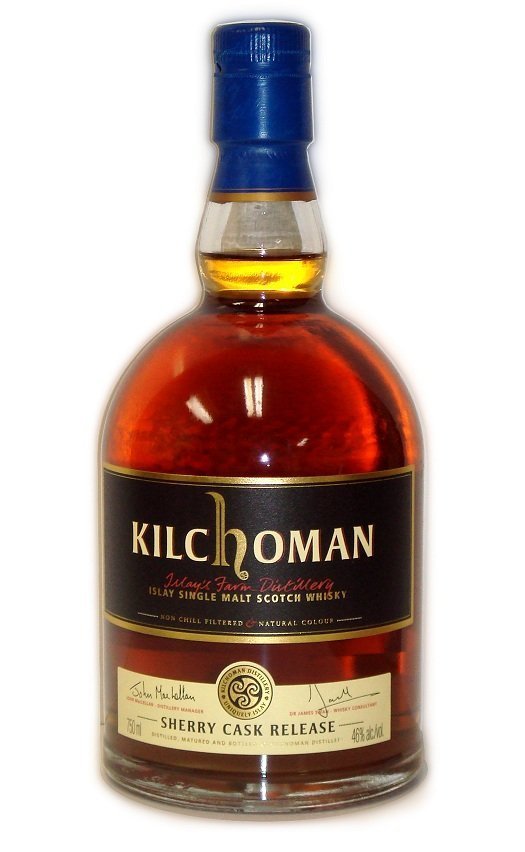 I’ve been thinking Kilchoman’s young malt whisky releases would benefit from longer sherry finishes for years — and with Sherry Cask Release (yes, “Release” is part of the name), the Scottish (Scots?) distillery finally puts me in my place.

The whisky in this release has been fully matured in Oloroso sherry butts for 5 full years. No time in bourbon casks. All sherry, for 5 years.

This Kilchoman release is just as peaty and smoky as its forebears, but it’s tempered by all that time in sherry (just look at that color). On the nose, the smoke dominates, but the body comes loaded with exotic characteristics: Cream cookies, orange-vanilla frosting, candied orange peel, and oak. The smoke picks back up — I think Kilchoman, on the whole, may be a bit overpeated for its delicacy — in the end, but the combination is quite enchanting. Think sweet and savory, like a good barbeque sauce done in Scottish (Scots? Someone set me straight…) fashion.

A- / $75 / kilchomandistillery.com [BUY IT NOW FROM CASKERS]