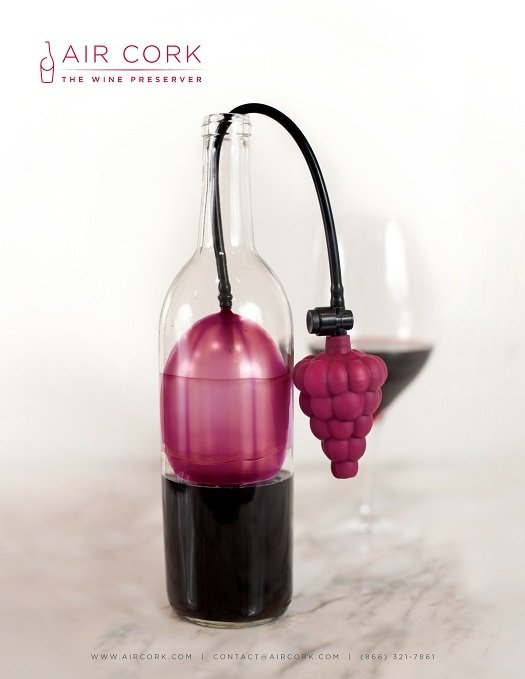 Myriad tricks to preserve opened bottles of wine exist, ranging from vacuum pumps to nitrogen gas sprays to using smaller bottles to store leftovers. All are designed with a single goal: To get oxygen out and keep it out.

In my (exhaustive) experience, the best I’ve found so far is the pump system. It’s easy, reusable, quick, and it works fairly well. The pump may have to move aside now. In my testing, Air Cork seems to work somewhat better.

The gadget is a little strange-looking, to be sure. A hand pump (shaped like a cluster of grapes) is attached to a rubber balloon via a hose. You put the (deflated) balloon into your half-empty bottle of wine, just touching the surface of the liquid, then pump it up. A seal is formed with the glass as the balloon fills, so no air can get in or out.

Some nice advantages with this approach: Unlike witth a hand-pump vacuum, there really is no air left in the bottle once the balloon is in place. Pumps leave air behind, there’s just no way to get it all out. Another nice benefit: the hose hangs out of the bottle and doesn’t add any height it. Vacuum pump systems require a stopper which adds another inch to the bottle — which usually means it won’t fit in your refrigerator standing up.

Some problems with the Air Cork: It has to be given another pump every couple of days, as the balloon will slowly deflate over time. It also has to be cleaned (just with water) after each use, unlike the pump system. And of course the contraption does look a little silly. (And like all preservation systems, it is not suitable for sparkling wines.)

But it works, and it works well. I tasted opened wines that had been sealed with the Air Cork for one, two, and three days and could barely detect any oxidation in any of the samples.

I’m sold, and I’ll keep using Air Cork (probably continuing to test it in conjunction with pump systems, with an eye toward even longer-term storage) in the future.

UPDATE: Additional testing with the product has been less effective. Further reporting to come in Wired. 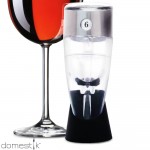