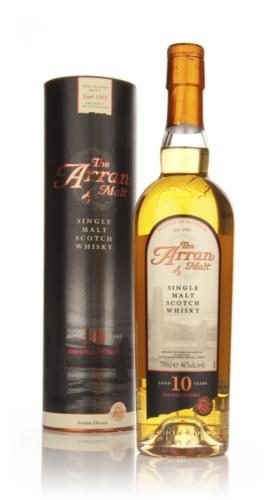 Sometimes notated as “Isle of Arran,” the Arran Malt is based, yes, on its own island, wedged between the peninsula of Campbeltown to the west, the Highlands to the north, and the Lowlands to the east. Established in 1995, Arran is the only active distillery on this island, though it’s nearly the size of Islay.

Arran 10 and 14 are the most common bottlings you’ll encounter — the 10 Year Old is even available now as a seven-dollar, 50ml mini. Thoughts follow on each. Both are 92 proof and unpeated.

The Arran Malt 10 Years Old – A young whisky with plenty of grain character still intact, but not in an unpleasant way. You detect fields of barley as you sip the Arran 10, and that fresh-cut hay character gives way to honey, nougat, and nuts, specifically almond. Lots of youthful exuberance here, but the brashness is tempered just enough to let its promise shine through. Just like the best 10 year old humans I know. A- / $45 [BUY IT NOW FROM CASKERS]

The Arran Malt 14 Years Old – Similar to the 10, as you’d expect, with so much difference in the way it ends up. Again, grain character is at the forefront, on both the nose and the palate. Here, you get those interesting almond (more like marzipan here), hay, and nougat notes, but those fade as a finish unique to the 10 comes along. Seaweed, with a touch of iodine and salt, plus a broad graham cracker punch comes along in the end. Still young, still grassy as its core, but enticing in a wholly different way. A- / $70 [BUY IT NOW FROM CASKERS] 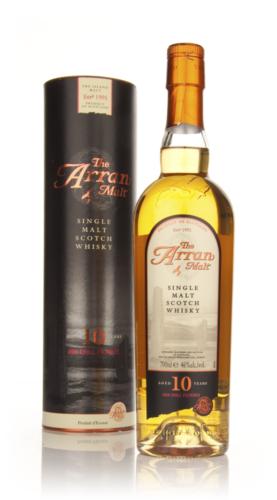