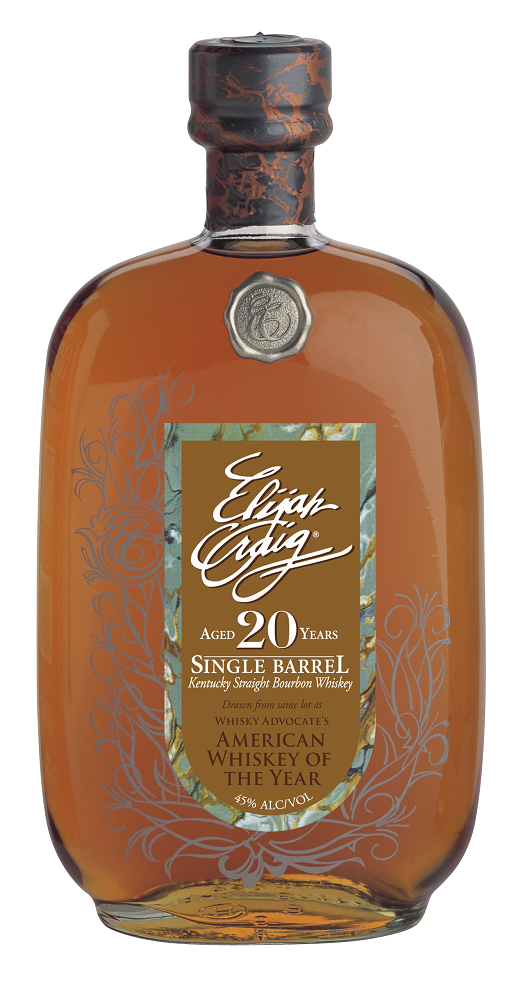 Recently named American Whiskey of the Year by Whisky Advocate, this rarity from Heaven Hill’s Elijah Craig brand has some big expectations to live up to. Distilled and barreled in 1991, it’s been lingering for 20 years before being bottled for your drinking pleasure.

As John Hansell notes in the blog post linked above, Heaven Hill is one of the masters of dealing with very old American whiskeys — the annual Evan Williams Single Barrel releases are some of the most anticipated bottles to arrive each year at Drinkhacker HQ.

WA‘s praise (based on a limited edition barrel released last fall) is hard to argue with. With Elijah Craig 20 Year, you get a Bourbon full of flavor: the typical vanilla, wood oil, peaches, and a distinct raisin character. Plenty of wood here, as you’d expect with a whiskey this old, but it’s balanced by all these other components. Later on, you get more of a fruitcake character from the whiskey, those raisins taking on cinnamon and nutmeg notes, with a candied finish. The wood’s on the nose, the fruit bats clean-up. Lovely lovely lovely.