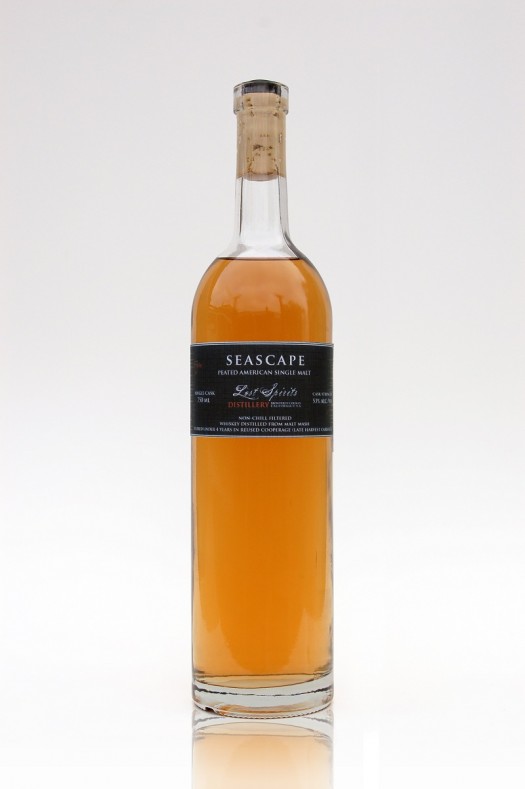 It isn’t every day we get to write about a product before anyone else on the planet. Recently I was one of the first people to ever taste Lost Spirits’ inaugural whiskey release, poured from a bottle so fresh the label hadn’t even been printed for it.

With only 170 or 180 bottles produced, Seascape is one of the rarest whiskeys on earth, but if this unique spirit sounds like it’s up your alley, you should be able to nab a bottle before it’s all gone, if you act fast… and have all of 50 bucks to spend on it.

So… what the heck is it? Lost Spirits is a new venture from the distillers of Obsello Absinthe, now working a lot closer to home than their absinthery in Spain. Based in Monterey, California, Lost Spirits is a small distillery run by Joanne Haruta and Bryan Davis (pictured, below). The pair built the unique still on unused family farmland with a singular goal: To make peated whiskey in the U.S.

Lost Spirits is one of the only American producers of genuine, peated whiskey. Not smoked whiskey or blends of American whiskey with Scotch in them (as delightful as those can be). We’re talking about real, peated whiskey. Lost Spirits takes organic California barley and dries it by burning Canadian peat. The whiskey is distilled in a unique wooden steam still (which involves steam being forced through the distillate rather than using heating coils; pictured below), then distilled a second time with a coil system. The whiskey goes from there into another unique vessel: Full-sized barrels that held late-harvest Cabernet Sauvignon wine. It is then aged (Lost Spirits isn’t giving it a number, but be assured this is young whiskey), before being bottled at 106 proof. Phenol is 55 to 60 ppm, in line with Ardbeg.

When you pop the cork — a standard wine cork — and sample the peach-colored whiskey, you detect immediately that it is unlike anything else you’ve experienced. Burly and smoky as you’d expect, there’s so much more happening beneath the heat. Honey-like sweetness, for starters, is backed up with elusive fruit flavors. Cherry and peach notes come along in the middle, just a touch before smoldering away again. Add some water (don’t be shy), and Seascape’s light floral notes are more evident. They’re a bit delicate in comparison to the peat’s power, but they’re there.

I’m not normally a big peated whiskey fan, and Seascape is probably not something I’d drink on a regular basis — but on cold nights with roaring fires when nothing but a smoky whiskey will do, I’ll look forward to cracking this open again and again.

Up next: Lost Spirits’ Leviathan I, a 110 ppm mega-peat whiskey, plus expressions with more age on them. 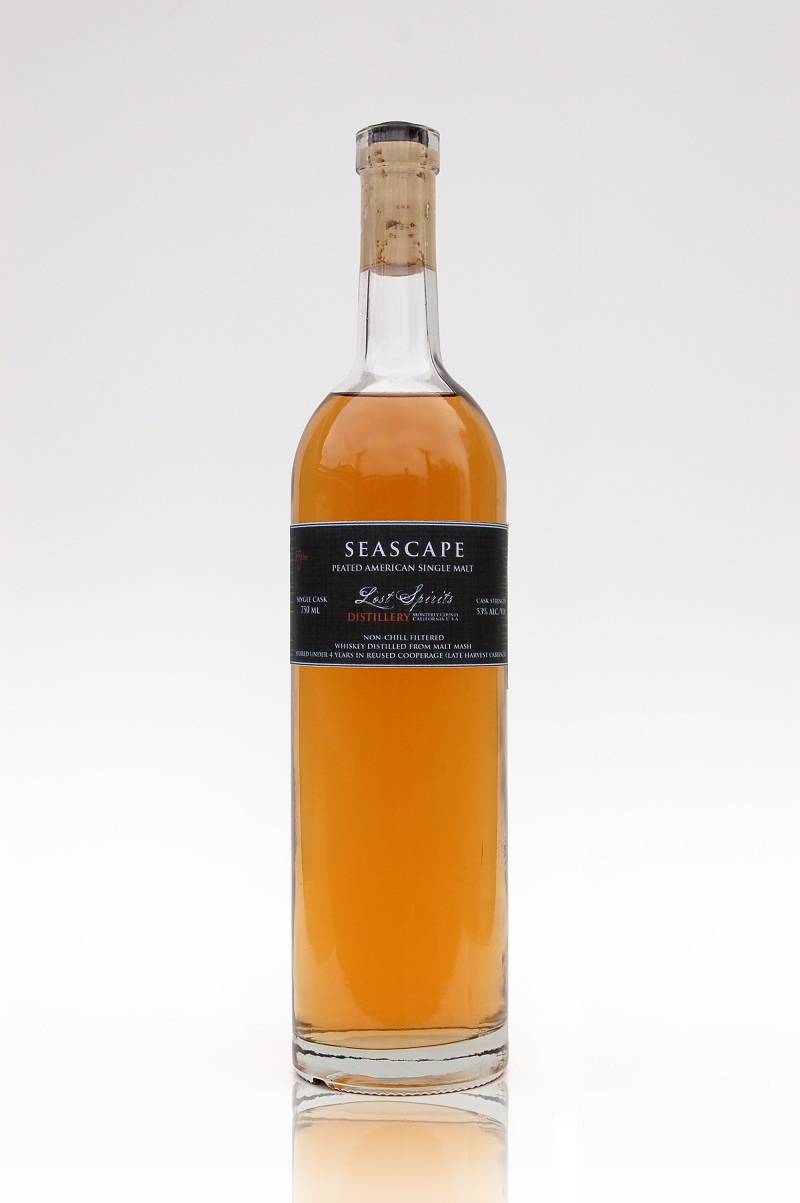