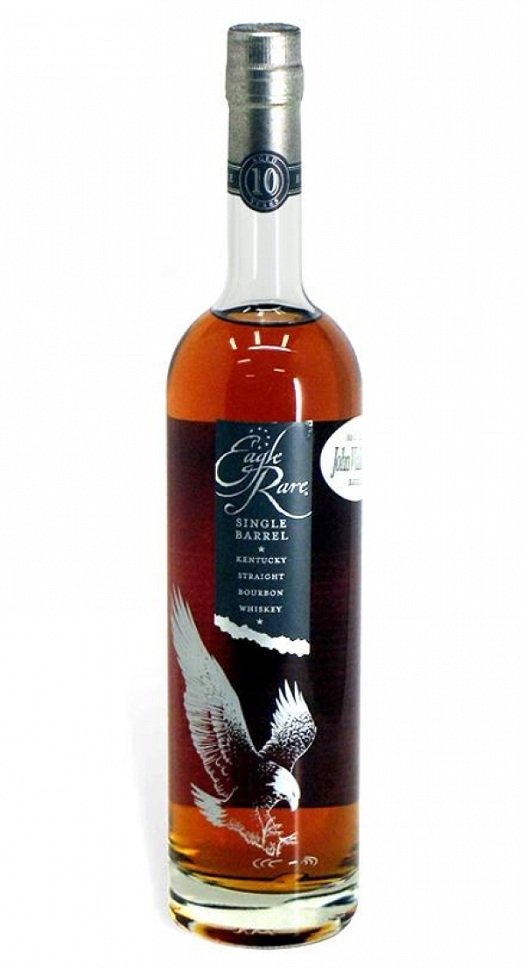 Part of the Buffalo Trace empire, Eagle Rare is a 10 year old bourbon with plenty to recommend. This is the single barrel version of the whiskey, which is no longer regularly produced (as of 2019).

A classically structured bourbon, it is sweet without being cloying, and there’s barely a trace of its corn heritage here, most of which you catch on the nose. What remains is an intense dessert-like caramel character, touched with vanilla and cocoa notes, and a long, smooth finish. The balance is just about perfect here: Racy at 90 proof but not too hot. The only complaint I have is a body that lacks a lot of oomph to it. It isn’t thin, but a more creamy texture would complement the sweetness even more. Outstanding value. I’ve seen it for as little as $16 a bottle, which is almost insane for a 10 year old Bourbon.

Looking to kick it up another notch? Check out the 17 Year Old version, part of the annual Antique Collection releases. It varies from year to year (and the wood can get a little hoary in some renditions), but it’s great as a point of comparison with the 10 Year Old.