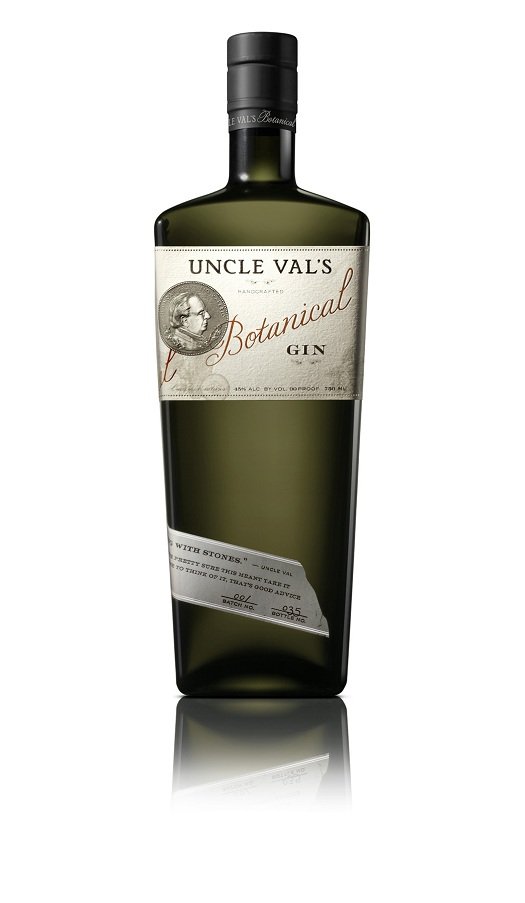 From the same folks who brought you Masterson’s awesome 10 Year Old Rye — in Sonoma, California, of all places — comes this new gin, inspired by a recipe (it’s said) drawn from an equally odd location: Lucca, Italy.

Some backstory, courtesy of the company (an affiliate of the Sebastiani wine empire):

Company president August Sebastiani named the handcrafted, small-batch gin after a favorite uncle, Valerio Cecchetti, who is a retired physician near Lucca, Italy. “In addition to being a highly regarded doctor, Uncle Val is a great cook and avid gardener. The botanicals we selected for this unique gin — juniper, cucumber, lemon, sage and lavender — are the same as those Uncle Val likes to use in his cooking and grows in his home garden,” Sebastiani said.

Gin’s history also played a role in the selection of Dr. Cecchetti’s name as the brand. “Gin was invented in the Netherlands by a doctor — Franciscus Sylvius — who was a professor of medicine in Leyden, Holland, back in the 1650s,” Sebastiani explained. “He was trying to find a cure-all for kidney and stomach disorders, so he infused juniper berries into distilled spirits. The elixir became so popular that distillers began commercial production and by the end of the 1680, the Dutch were exporting more than 10 million gallons of gin each year. Gin is the only spirit that started out as a medicine, so it’s fitting that we named ours after Uncle Val.”

Distilled five times from grain, the gin offers a nose that is immediately evoking of limes, even though they’re not part of the botanical bill. It’s like a lime-emblazoned gin and tonic right out of the bottle. On the tongue, plenty more of that lime character, and that lavender becomes apparent. Cucumber gives this gin a bit of a cooling effect, so much so that the juniper is almost a tertiary character.

It’s a fine gin, and quite unique. And if you like your gin mild, Uncle Val’s for you. It does however seem to be missing that heady aromatic punch that great gins have: The overwhelming citrus character pushes it almost into the realm of fruity vodkas as the other ingredients don’t quite find a purchase. Dangerously easy to drink though. Watch out with this one.