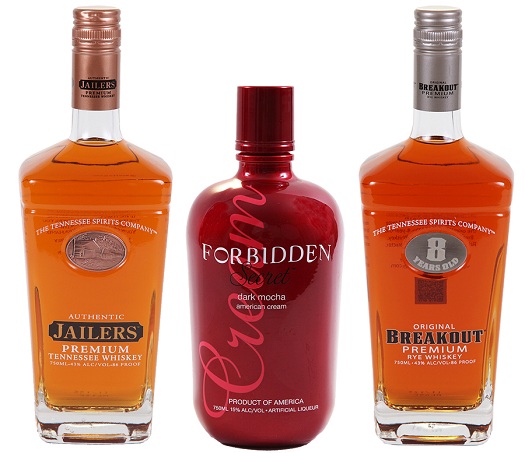 Today we look at three new whiskey products brought to us by  a new company, the Tennessee Spirits Company, a division of Capital Brands. Formed by a group of spirits industry veterans, the focus here is (obviously) on Tennessee whiskeys, with this trilogy the inaugural releases.

TSC doesn’t have its own distillery (yet) but plans to build one, including a visitor’s center. These three spirits are obviously private-label creations for now (one doesn’t just start a business and sell an 8-year-old rye the next day), and it will probably take a few stabs at this to hit the right groove while that distillery gets up and running.

Jailers Premium Tennessee Whiskey – A mashbill of 80% corn plus assorted rye and malted barley go into this whiskey, which is double distilled, steeped in maple chips, then aged for 4 to 5 years in charred white oak barrels. It is chill-filtered and bottled at 86 proof. Very fruity, it’s got distinct macerated Bing cherry character, then the wood — charred cherrywood — comes along after a bit. This is a hot whiskey with a moderate body, quite sharp, with a warming finish. It’s a Tennessee whiskey that’s hard to peg: It’s not the easy drinker of, say, Jack Daniel’s, but there’s so much fruit here it’s hard not to imagine it in a Manhattan or an Old Fashioned. B+ / $25 [BUY IT NOW FROM DRIZLY]

Breakout American Rye Whiskey – A mashbill of 51%-plus rye (plus corn and malted barley) goes into a double-distilled whiskey that is put into white oak barrels for eight years. Like Jailers, it’s bottled at 86 proof. This is a tricky and unexpected rye. Malty and dusty, this has the distinct character of a whiskey that’s spent too long in wood. Some buttery toffee character lives on the nose, but it’s quickly subsumed by all that wood, coming together with a bit of a sawdust character. In the end Breakout just doesn’t have a great rye body to it, and the whiskey doesn’t ever come together the way it should. C+ / $45 [BUY IT NOW FROM DRIZLY]

Forbidden Secret Dark Mocha American Cream – A Bailey’s clone, though the “artificial liqueur” label on the bottle doesn’t instill confidence. Essentially this is a blend of Jailers Whiskey, cream, chocolate, and espresso, and it tastes like you think it does: Sweet, creamy, and and much like a boozy version of something you’d order at Starbucks. All the elements listed above are here, in a pretty good balance. If you like whiskey/cream liqueurs, you’ll dig this one, “artificial” or no. 30 proof.  A- / $25 [BUY IT NOW FROM DRIZLY] 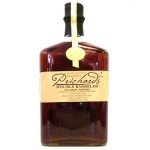