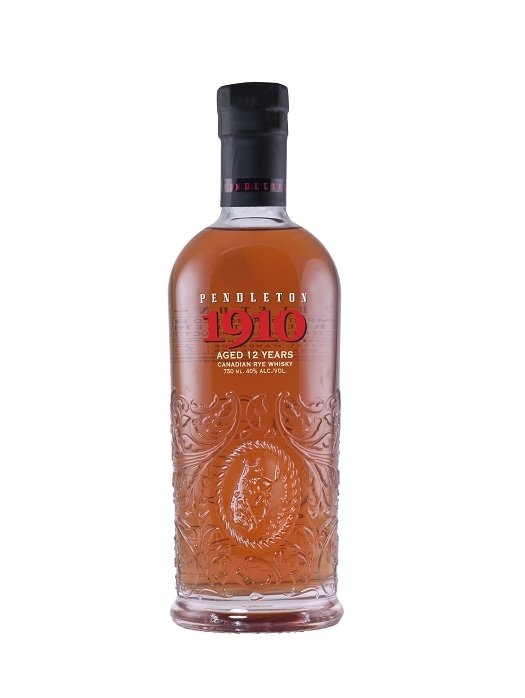 With 1910 Pendleton (based in Hood River, Oregon) takes its Canadian whisky upmarket, bottling this 100% rye after a lengthy 12 years in oak. (The name is a reference to the first ever Pendleton Round-Up rodeo, which took place 102 years ago.)

I’ve previously discussed the standard, blended Pendleton bottling as overwhelmingly sweet, but things are more mellow with this expression. Intensely fruity, it offers lots of thick cherry notes, orange marmalade, and well-integrated spice throughout. Sweetness is still there in the form of a bit of butterscotch syrup, but it’s not overwhelming in the way regular Pendleton is.

Good balance and a strong but not overpowering body. Surprisingly mellow finish considering this is a 100% rye spirit.