May 11, 2012/Christopher Null/1 Comment
Buy It Now Rated A- Rated B Reviews Tequila 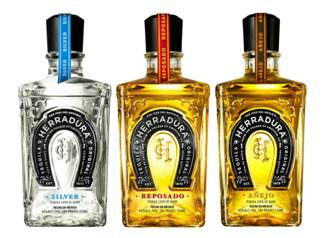 This is my second full review of the Herradura line and my third of the blanco. My last review was 3 1/2 years ago, so another spin around the block certainly felt warranted.

Why re-review anything? Because, after all, no spirit is made in a vacuum. (Well, OK, some spirits are made in vacuums, but that makes for a less exciting metaphor.) Harvests are variable, staff undergo changes, recipes are altered. For better or worse, here’s how Herradura comes across in 2012.

Tequila Herradura Silver (2012) – (third sample, original report here) – As blancos go, this silver tastes quite mild to me now. Have I become accustomed to or my tastebuds dulled by over-agaved tequilas? Nice sweetness, with natural vanilla character to offset a mild agave backbone. Big, buttery body. A touch of coffee bean on the back end. Very, very drinkable and a bit dangerous because of it. A- / $33 [BUY IT NOW FROM DRIZLY]

Tequila Herradura Reposado (2012) – Aged 11 months. Vanilla is pumped up, but oddly so is the agave. While the blanco has a nice balance to it, the reposado is off. The vanilla comes on too strong, with a butterscotch character that doesn’t play as well with the agave as it should. B / $34 [BUY IT NOW FROM DRIZLY]

Tequila Herradura Anejo (2012) – 25-plus months in oak. And somehow the anejo pulls it all back together. In balance, vanilla, caramel, chocolate, big ripe banana character, and a little agave at the back. Silky and rich, a banana cream pie from south of the border. A- / $43 [BUY IT NOW FROM DRIZLY]