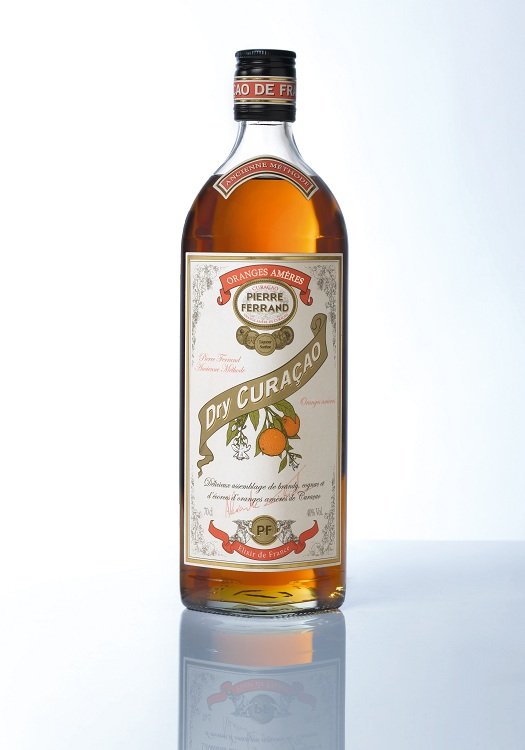 Triple sec or curacao are an essential ingredient in so many cocktails, and stylistically they cover a wide range of focuses. But they all tend to have one thing in common (well, besides tasting like oranges): They’re generally quite sweet.

And so it was that cocktial god David Wondrich teamed up with Cognac producer Pierre Ferrand to create a drier style of curacao. Fittingly called Pierre Ferrand Dry Curacao, this spirit is meant to take the often sickly sweet stuff into a more refined direction. It is made by infusing unaged brandy with Seville orange peels; this infusion is then redistilled, blended with Cognac and spices (including star anise, more orange, and sugar), then aged in barrels for an indeterminate time (not long, I’d guess). It’s bottled at 80 proof.

The resulting spirit is quite impressive. To say it’s not sweet would be a lie. This is, after all, still a triple sec, where sweet oranges are the primary character of the nose and the palate. Lots of vanilla and nut character in there too, with a particularly buttery body — though I didn’t pick up on the anise in the blend.

Overall it’s a wonderful curacao that would add a delightful spin to any cocktail and is also quite delicious consumed on its own.