Beer Rated A Rated B Reviews 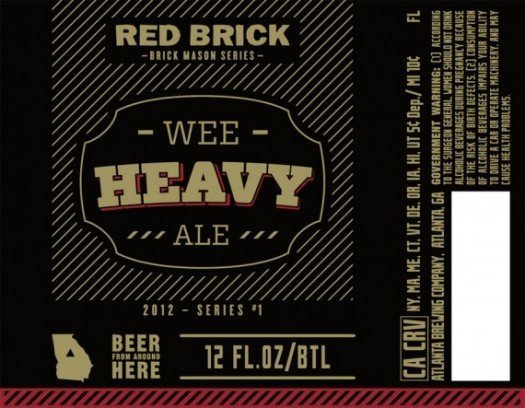 Brewing out of Atlanta, Georgia, Red Brick offers the Brick Mason series alongside its year-round core brands. This series focuses on higher abv beers with more unique ingredients (such as the smoked vanilla beans in Vanilla Gorilla). This week, I was able to get the chance to review two beers from this series.

Red Brick Old Stock Ale starts as a blend of three different ales — one that’s been oak-aged, one that’s been heavily malted, and one brewed with citrus and star anise. These beers mix together to create a transparent, albeit dark, cherry color. The nose is complex and has a lot of different components to it, but the ones that pop the most are the ones that I wasn’t expecting to see in this style of beer. Rather than the malts driving the aroma, it is more sugar-coated fruits that are the focus. Orange peel, plums, and raisins are the most noticeable, and a kick of alcohol astringency draws this into an almost Belgian-esque territory.

A bittersweet cocoa component appears on the palate that isn’t there in the nose. The fruits return here again, especially the orange, but they are kept in check and now they enlist the ranks the star anise. Encompassing all of these characteristics is a mild, toasted oak note that is more of an additional complexity rather than a full-fledged flavor, but it adds more depth to an already loaded taste. As it warms, a surprisingly potent punch of vanilla arrives which isn’t present at all at lower temperatures. The one drawback to this beer is the amount of alcohol heat in this; although I’m not a total stranger to the style, the alcohol just didn’t play well with the orange for me. But to be honest, that is some fine nitpicking, as the rest of this beer is a unique twist on an Old Stock ale. 7.9% abv. B / $3 per 12 oz bottle

The newest entry into Red Brick’s Brick Mason series is Red Brick Wee Heavy Ale. Normally, Scottish ales have a signature, strong caramel note to it and may use a specialized type of yeast, but the first thing I immediately noticed from the aroma in this is the addition of peated malt so that you really get that Scotch connection. It’s smoky, salty, and has a twinge of iodine in it, and then the caramel comes in to give it a rather robust, almost herbal, nose.

In the taste, the caramel does play a bigger role and there’s also a slightly spicy note from the hops. The peat is still the biggest factor, sweeping in about midway through and carrying the flavors to new levels. The smokiness is prominent, but there’s also an oceanic angle to this as well, with some saltwater, seaweed, and iodine, all drawing from the peated malt. The biggest and most unique advantage that Red Brick’s Wee Heavy has over its competition is the peaty smokiness. Not only does this help curb the sweetness that is usually prevalent in this style, but it helps it live up to the Scotch Ale name. 6.5% abv. A / $3 per 12 oz bottle 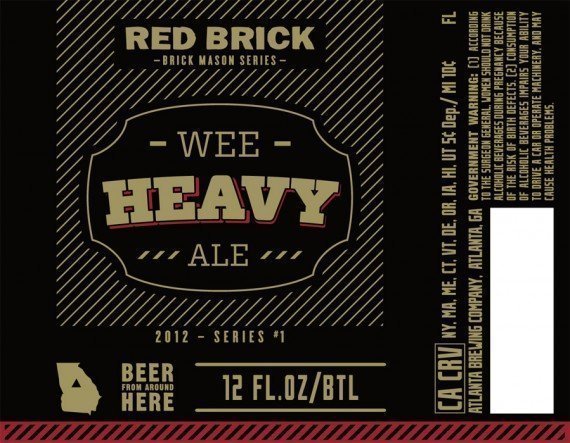