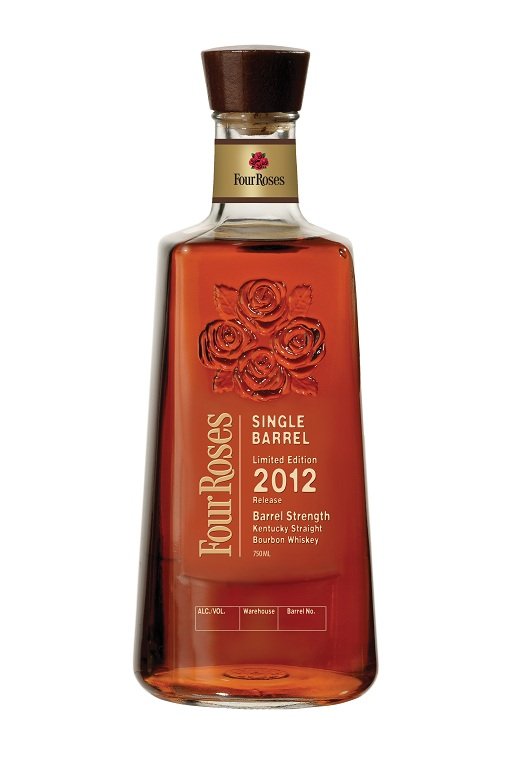 Four Roses’ annual Single Barrel release is almost here. Based on the OESK recipe, I was surprised that this 2012 Limited Edition was from the lower-rye mashbill (just 20% of the grain mash blend), bottled at 12 years old. You can really taste the rye, and the finish has the spicy kick you’d expect from big, heavier-rye whiskeys. There’s lots to love here: Cherries, cocoa powder, vanilla, and racy, spicy cinnamon on the finish.

It compares favorably to other recent Limited Edition Single Barrel releases, considerably better than the underwhelming, bitter-finished 2011 and a pleasant companion to the sweeter 2009, both of which I had on hand for side-by-side tasting. It’s also quite a departure from the non-vintage, always available Four Roses Single Barrel, which is sweeter, smoother, and more balanced than the 2009 even (and arguably my favorite Bourbon of all of these).

If you’re a spicy-style Bourbon fan, I think you’ll like the 2012. 4,000 bottles were made, to be released this month. Release proof will vary. My sample was at a mere 109.4 (surprisingly cool for this series).