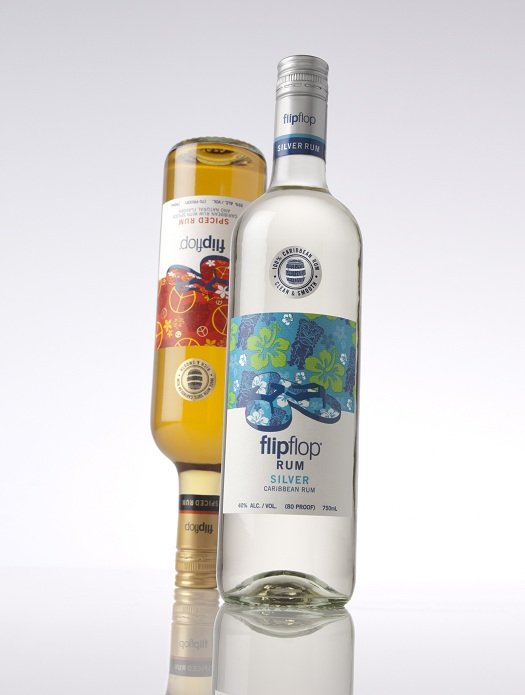 Best known for its ultra-affordable, thong-friendly wine series, Flipflop (or all-lowercased flipflop, as they write it) is now branching into rum, with two equally affordable sugar-based spirits.

There’s not a lot of information on provenance available: They hail from “the Caribbean” and are four-times distilled, but that’s all the info provided. We tasted both of varieties, which are now shipping.

Flipflop Silver Rum is surprisingly clean and easy, with a traditional sugar-based nose and a finish with plenty of molasses in it and a lightly chalky, coconut and chocolate character. Very modest medicinal character on the finish, like a clean vodka. Amazing quality for the price. 80 proof. A-

Flipflop Spiced Rum is spiked with “spices and natural flavors,” which tinge the nose with a bit of orange character. A bigger body brings with it some typical spiced rum character — more clove than cinnamon, but both are evident — and a broader, vanilla-fueled finish. There’s unfortunately a quite bitter aftertaste, though, which spiced rum fanatics will not likely thrill to. 70 proof. B-