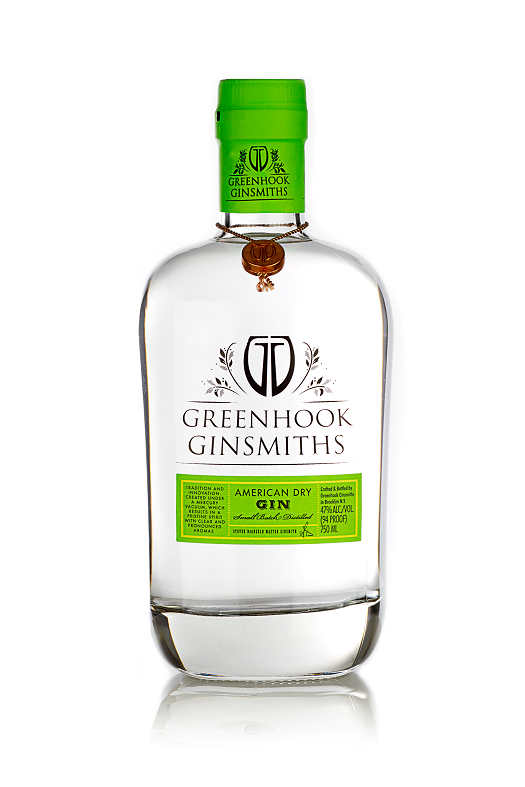 Brooklyn’s Greenhook Ginsmiths is drawing acclaim for this new product, an “American Dry Gin” distilled in a specially-engineered alembic still that’s outfit with a vacuum to enable distillation at lower temperatures, designed to keep the spirit “magically” purer by keeping the botanicals from being destroyed by boiling. (Vacuum distillation isn’t unique to Greenhook, but it’s rare, and it’s still fun.)

Those botanicals are enumerated: Comprising juniper, coriander, chamomile, elderflowers, elderberries, orange zest, lemon peel, cinnamon, blue ginger, and orris root — almost all of it organic. Of these, the elderflower/elderberry is arguably the strongest, with juniper close (and perhaps obviously) right behind. Chamomile and cinnamon are more nuanced and come on stronger in the finish, along with some lemon character.

Greenhook is strong — 94 proof — but even without water its flavors are distinct and sharp. It’s also surprisingly well balanced, its component flavors complementing one another and creating a whole that’s greater than the sum of its botanical parts.