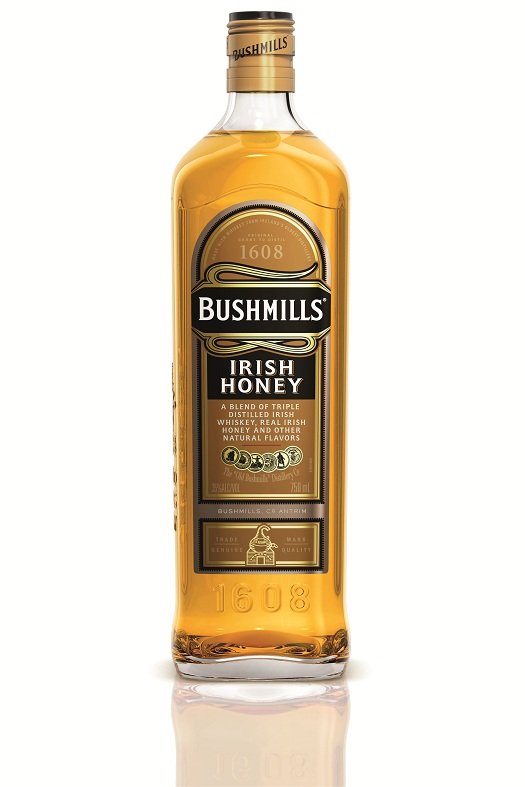 Now the Irish are getting into the honey whiskey thing. Bushmills Irish Honey is the first honey-flavored spirit (to my knowledge) from the Emerald Isle, a simple blend of original Bushmills, Irish honey, and Irish water, bottled in the traditionally squared Bushmills-style bottle.

The results are solid. As Jack Daniels proved with its Tennessee Honey liqueur, the key to getting this category right is going easy on the honey. Really easy.

Here, the whiskey does the bulk of the talking, as it should, and the honey hangs in the background, always there but never pushing its way to the forefront. Instead it’s really more like a light bodied whiskey that has honey as its primary character.

Beyond that, however, there’s not much to report. Like standard Bushmills the whiskey component is youthful and uncomplicated, heavy with grain character, cereal, and heather. The honey itself doesn’t offer any clues as to its heritage — no orange character, and so on — just a pleasant sweetness. Put together it’s like a grown-up, liquified version of Honeycomb cereal. I mean that in the best possible way imaginable.