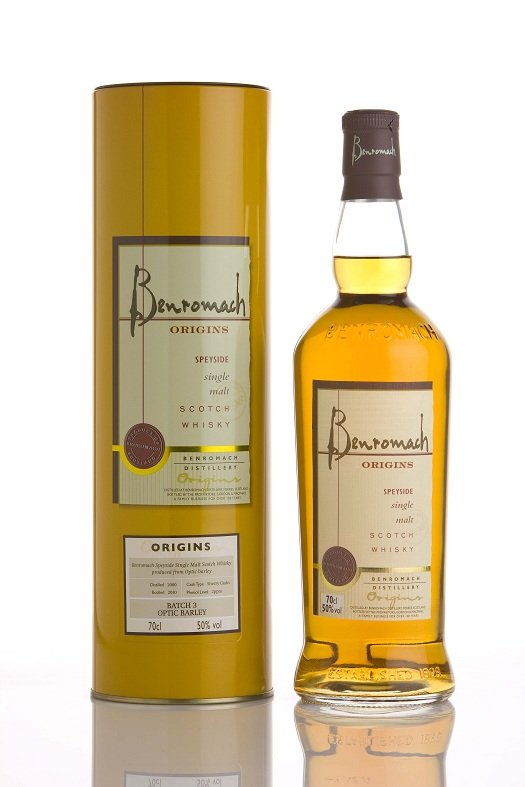 What is Golden Promise? A special type of barley developed in 1965, and one of the most popular in Scotch whiskeys. The Golden Promise used in this bottling was grown at Drumin Farm in Glenlivet. It’s considered one of the best barleys in the world and has won the prizes to prove it. This whiskey is made exclusively with this barley instead of a blend of lots of varieties, which is common.

The whisky is 9 years old, bottled in 2008. Otherwise the production is pretty par for single malt.

So, can you really “taste the barley” here? You can. As grain character goes, there’s plenty to go around. I’m not sure I know what raw (un-whiskyed) barley really tastes like, but I imagine it’s a lot like this. Big cereal character, with toasted grains, much like you’d get in a young American whiskey. Spicy and racy on the finish, it’s more convoluted than complicated.

Ultimately I think this whiskey feels a bit undercooked, and the grain character is too far in the foreground. More time in oak (possibly much more time) could temper some of that toast character, or a sherry cask finish might have rounded out the flavor profile.

But as an experiment, this is quite interesting: Pure grain, virtually no peat influence, and limited time in the barrel make for a curious whisky experience that’s worth a sample dram.

100 proof. (Batch #3 is shown below, but the bottles are nearly identical.)