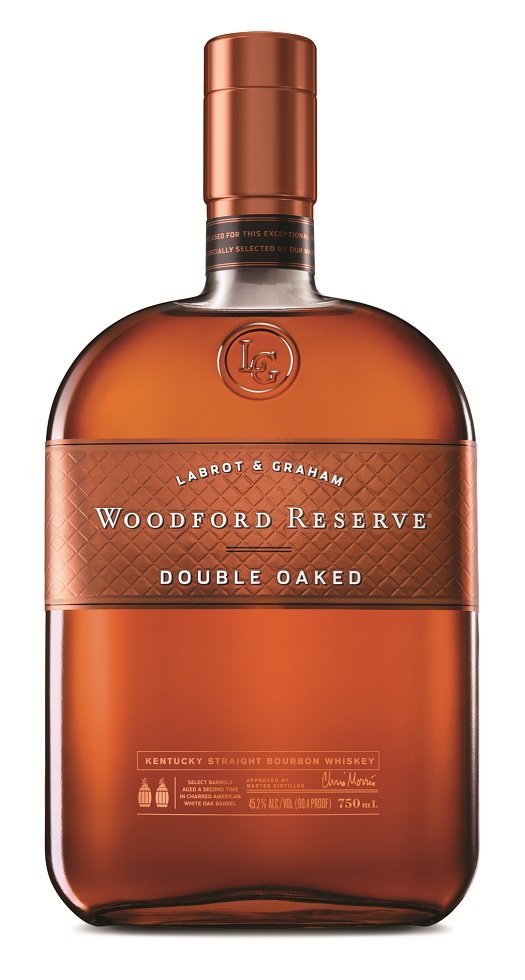 Like Maker’s Mark before it, Woodford Reserve has been known for producing one whiskey and — it’s annual, limited edition, special release whiskeys notwithstanding — one whiskey only.

Then Maker’s launched Maker’s 46, leaving Woodford the only solo shop.

It’s a complicated process, but let’s explain, in Woodford’s own words: “The first Woodford Reserve barrel is crafted from oak that has seasoned out of doors for nine months and this is completely toasted and charred on the inside – like no other whiskey barrel in the world. The second barrel has been toasted for more than twice as long as the first fill barrel and is then very lightly charred – again unique amongst all the world’s whiskey barrels.  The secret to the Double Oaked character is in the second barrel. A custom crafted barrel with a heavier toast allows flavors of honey, cream, vanilla to be magnified and a light char gives elegant sweet aromatic notes.”

Side by side with the original Woodford, Double Oaked offers a whiskey that sticks close to the distillery’s classic style. Lots of cinnamon and raisin on the nose, with vanilla, light chocolate, and smoothed-over wood notes on the finish. Compared to the original, it is surprisingly not heavier on the wood character but rather more mellow, particularly on the finish. Woodford original has always been a touch on the tough, wood-heavy side, and here Woodford manages to dial it back. The unorthodox production method and ironic name choice notwithstanding, the choices are sound. While Double Oaked lacks some of that intense vanilla character on the finish that original Woodford has, it makes up for it with more nuance and a gentler ride.

I am hard pressed to pick a favorite, but ultimately I think Double Oaked is a slight improvement over an already fine whiskey. Both, by the way, are 90.4 proof.