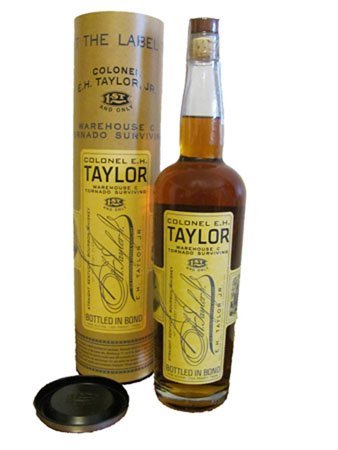 On April 2, 2006, a storm ripped through Kentucky, tearing apart two of Buffalo Trace’s warehouses. One was empty. One, Warehouse C, was full of 24,000 barrels of then-young, far-from-release E.H. Taylor Bourbon. 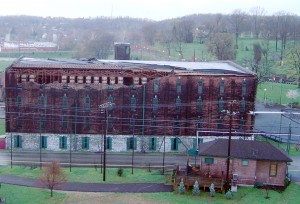 The walls and roof were ripped open, but the whiskey survived. But this did expose the barrels inside to the elements (see photo at right), which stayed there for months while repairs were made.

In 2011, the whiskey from the top two rows of this warehouse was bottled as a special release with an unusual name: Warehouse C Tornado Surviving Bourbon. The whiskey inside is a rye-heavy mash. The barrels were aged between 9 years, 8 months and 11 years, 11 months. The Bourbon was bottled in bond at 100 proof.

Sadly, I’ve no original Taylor to compare this release to, but it’s a powerful whiskey in its own right: Fragrant from the moment it’s poured with deep citrus and pure, spicy rye character. The body is full, the color deep amber. The palate is amazingly enjoyable for a Bourbon this old and roughly-treated. Plenty of citrus atop a creme brulee body, the rye less powerful here than on the nose. Superb balance. The finish is warm (as you’d expect from a 100 proof whiskey), but easier than you’d think. Lovely wood tones and flamed orange peel round it out. Probably the best Taylor of the three bottlings released so far.