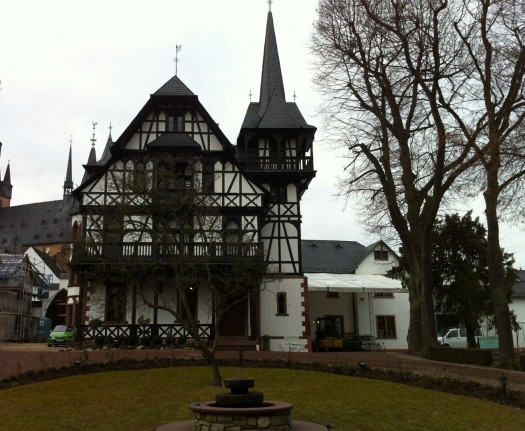 Germany may be best known for its beer, but this is Old World wine country just like everywhere else in Europe. True, you won’t find classic reds here, but you will find some of the most vibrant white wines in the world on the western side of the country. This is the home of Riesling – both dry, table wine varieties and the super-sweet stuff… the kind that can age for dozens of years – if not a hundred or more (more on that later).

My recent visit to Germany took us in part to the Rheingau, one of the two major winemaking regions in Germany, the other being the somewhat better-known Mosel region, a bit to the north and west of the Rheingau, which is an easy drive from Frankfurt.

It’s called the Rheingau because it’s situated along the Rhine River, one of the most famous waterways in Europe. This wide expanse comes right up to the road the winds through the region. Hillside stretches up and away from the river, and vineyards crawl their way to the peaks along those slopes for miles, interrupted only by the impossibly quaint villages that dot the road along the way.

Our trip took us to two of those villages, to two wineries within. First stop: Prinz von Hessen, in the village of Johannisberg, where winemaker Dr. Clemens Kiefer tasted us through a range of Rieslings from everyday to the ultra-luxe sweet stuff, all mildly sweet and offering more earth tones than you’d expect from most Riesling we get here. Nothing, however, is more interesting, and more controversial, from Prinz von Hessen, than its “Dachsfilet” bottling, dach being a badger (a common wild animal in these parts) and filet being, of course, the best of the best. Von Hessen’s Dachsfilet (not sold in the U.S.) is unique in that it is in part fermented on the skins of the grapes – unheard of in Germany – which gives this wine quite a bit more body than the typical, highly acidic Rieslings of the region. Think of how Chardonnay’s creaminess is a counterpoint to Sauvignon Blanc – but while Dachsfilet retains the traditional flavors of Riesling, it becomes a different beast with that time on the skins.

After a beautiful lunch with Kiefer (one of the few times I got to eat fish during the entire trip), we headed a few km back toward Frankfurt and stopped in the village of Kiedrich to visit Weingut Robert Weil, a larger operation with unmistakeable baby-blue labels on its bottles. Here, our host Jochen Becker-Köhn took us into the (under expansion) cellars, and talked of trying Riesling from the early 1900s – black in color, but still sweet and alive. In our tasting of eight Robert Weil Rieslings, I found these wines almost as good, quality-wise, as the Prinz von Hessen offerings, but Weil’s 2007 “Gold Cap” Auslese, a private release unavailable for sale, was perhaps my favorite wine of the trip: Chewy, with massive honeycomb sweetness – but still that hint of earth – it was a phenomenal way to end the day trip to the Rheingau.

If you go: Getting to the Rheingau is very easy from Frankfurt, which is the main travel hub in Germany. Drive time from Frankfurt or nearby towns (we stayed in Kronberg, which was delightful) is about an hour, with about half of the driving on the Autobahn. Don’t expect much scenery during the winter months, but it’s compensated for with all the Christmas festivities going on in every village and city in the country. One final tip: Make sure you spring for the GPS unit for your car! Despite my fiancé speaking fluent German, we found it essential for getting around. 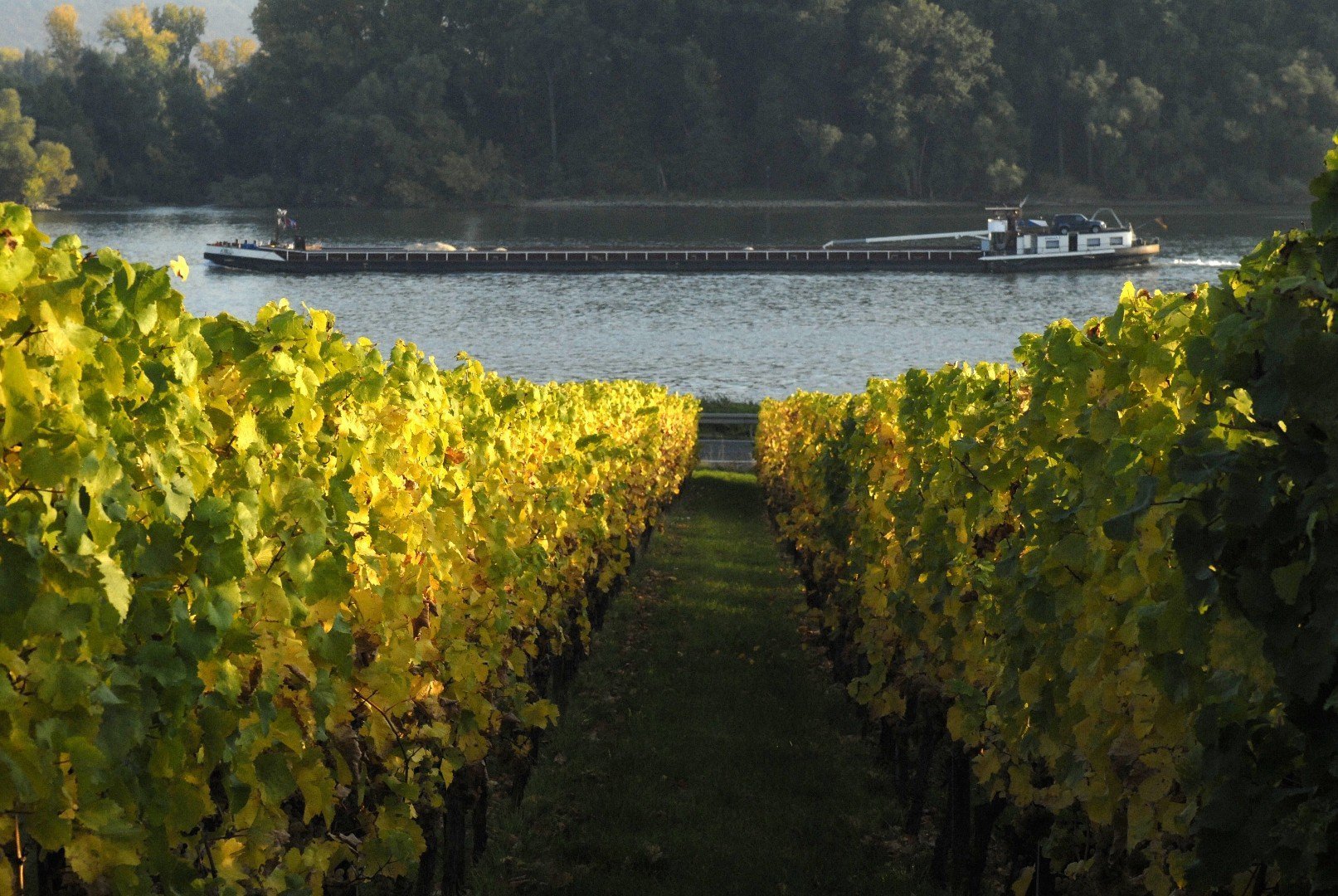