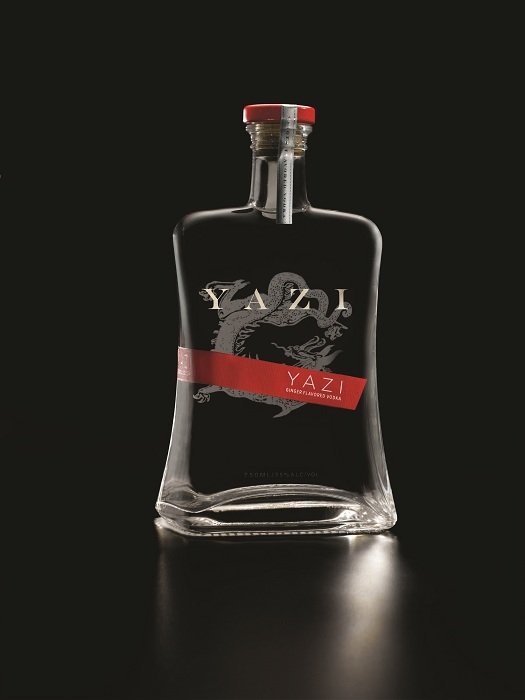 Who would’ve thought this vodka, flavored with ginger and sporting a giant dragon on its trapezoidal bottle, hailed from Hood River, Oregon?

Flavored not just with ginger but also with lemon, orange, cayenne, and red pepper (not sure what the difference between that and cayenne is), Yazi presents a sweet, moderately ginger-fueled, and quite citrus-flavored vodka. It’s clean and, while not exactly crisp or particularly bracing the way raw/real ginger can be, it’s pleasant and fun to drink.

It’s not a particularly spicy vodka, but its easygoing nature makes it a fun way to add a little ginger kick to a cocktail that might otherwise use straight vodka or a citrus-flavored vodka. It won’t knock you down (for better or worse) the way that Domaine de Canton can do, but maybe if you’re drinking that Ginger Cosmo you don’t really want to be knocked down. You just want to have fun with your four, happy-go-lucky girlfriends.