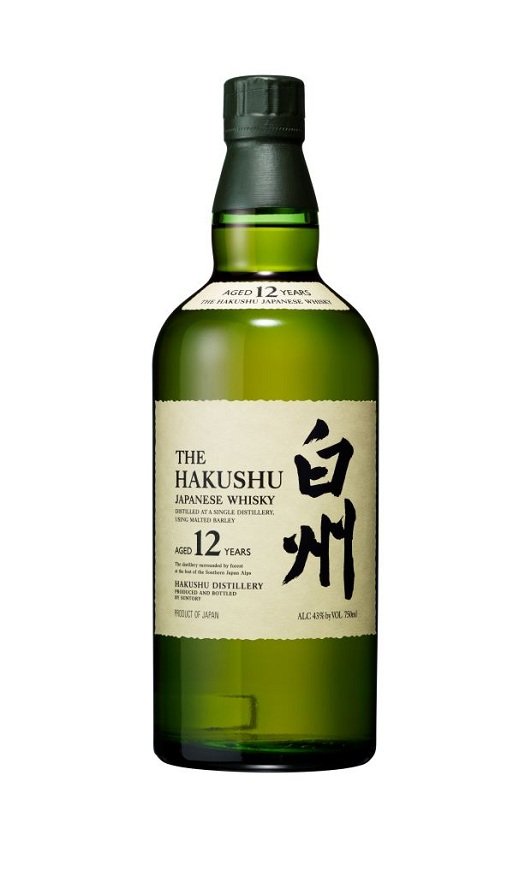 The Japanese whisky magnates at Suntory have released their third product to the American market: The Hakushu, a whisky distilled and aged “at the foot of the Southern Japan Alps.” Available in ages from 10 to 25 years, only the 12 year old has made it into even remotely wide availability.

This single malt whisky is unusual among Japanese whiskys in that it is peated, as a matter of house style instead of as a “special edition” bottling. In fact, the “heavily peated” special version of Hakushu is highly prized by collectors.

This version, however, goes pretty easy on the peat — it’s the barley is peated in Scotland, then shipped to Japan afterward — making itself known but never overdoing things. The warm, fireside-like smokiness of the spirit is nicely balanced with big honey and caramel notes. I’m reminded of Highland Scotch whiskys, which have that nice balance of both sweet and savory.

I’ve tried this whisky previously at a tasting event and wasn’t impressed. The smoke was showing too strongly at the time — an unfortunate by-product of the way events like this work — but here I’m finding it quite the charmer.