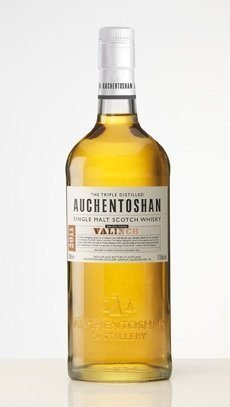 Auchentoshan is in just about every way an oddity. It’s the only distillery in the city of Glasgow (making it a Lowlands whisky), and it’s the only Scotch whisky that’s distilled three times instead of the usual two (meaning it comes off the final still at an incredibly high 162 proof). The house style uses unpeated barley.

I’ve long dismissed Auchentoshan as making rather simplistic, uninteresting whiskys, but these two impressive yet affordable, limited release bottlings have me rethinking the brand and digging into my archives to re-sample its standard releases. While these two new spirits are going to be incredibly hard to find, both are more than worth your while to do so.

Auchentoshan Valinch 2011 Limited Edition – This is simply a cask strength version of Auchentoshan Classic, a $30, non-age-statement spirit. Pale in color, hugely sweet, with burnt and brown sugar character on the tip of the tongue. Tropical notes follow, pineapple and lots of banana. Quite a bit of coconut and smoke on the finish, reminding one of the simplicity of Classic, but the much higher proof actually makes for a much more fulfilling whisky by giving it more oomph, although it still manages not to come across as overly hot. 2000 bottles made, 1200 available in the U.S. 115 proof. A- / $60 [BUY IT NOW FROM CASKERS]

Auchentoshan 1999 Bordeaux Cask Matured – This isn’t a Bordeaux finished whisky, it’s a Bordeaux matured whisky: It has spent 11 full years in a former red wine cask, rather than just a few months getting a little finish in an oddball barrel, the normal M.O. for artisanal whisky makers. Bottled at cask strength, this deep amber whisky is quite a marvel. It starts off with a traditional malty character but very quickly takes you down a rabbit hole of exotic flavors. Wood is predominant, with a big caramel punch and lots of vanilla, too. The spice kicks in in the end, gingerbread, spiked apple punch, cherries, and fruitcake. Lots going on here, and definitely worth a look if you can find it (just 300 bottles are available in the U.S.). The price is criminally low. 116 proof. A / $70 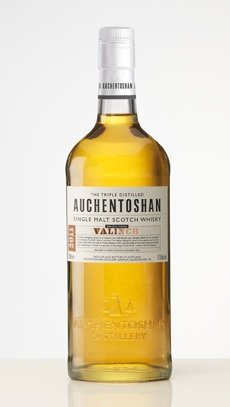