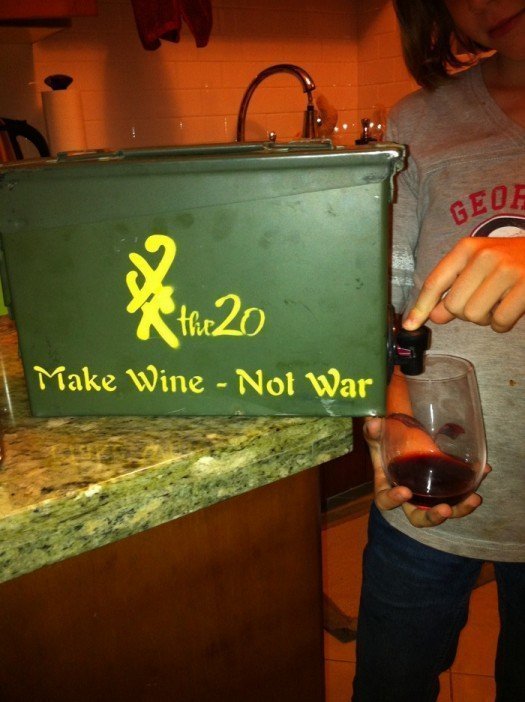 Part of the problem with box wines isn’t the wine, it’s the box. No matter what you put inside, it’s hard to get past these ugly, sometimes garishly designed, cardboard boxes on your countertop. Frankly, they’re a bit embarrassing, and while box wines generate less waste than their glass-bottled counterparts, at the end of the cycle, all of that still goes into the trash in the end.

the20 has a different idea: First, its boxes are eye-catching, designer items — the one I checked out was a recycled, ex-ammunition case (photos below). Second, they’re reusable. You just stuff a new 3-liter bag of wine into your box and you’re ready to go again. It’s probably the greenest way to drink wine short of getting it straight from the tap.

Like any box wine, there are four bottles’ worth of wine in each box (or 20 glasses, hence the name), and the20 also is upgrading the wine that goes inside. It’s working with a dozen or so wineries that make some pretty high-end juice. The typical box wine runs you $20 or so. the20’s wines currently cost up to $79 per box (not including the case).

I checked out a rare boxed Pinot from Napa Valley’s Fagan Creek (vintage 2008) and was very pleasantly surprised at the quality. At first blush, rocky and tough. Air helps — the wine has obviously been hermetically sealed in plastic for months — and reveals this wine’s charms. Very brisk red cherry — bordering on dried cherries — is balanced with lighter fruits like strawberry. A touch of wood on the finish. This isn’t canonical Pinot, but for something served out of an ex-ammo container, it ain’t bad. The rating is for the wine. The idea itself gets an A. 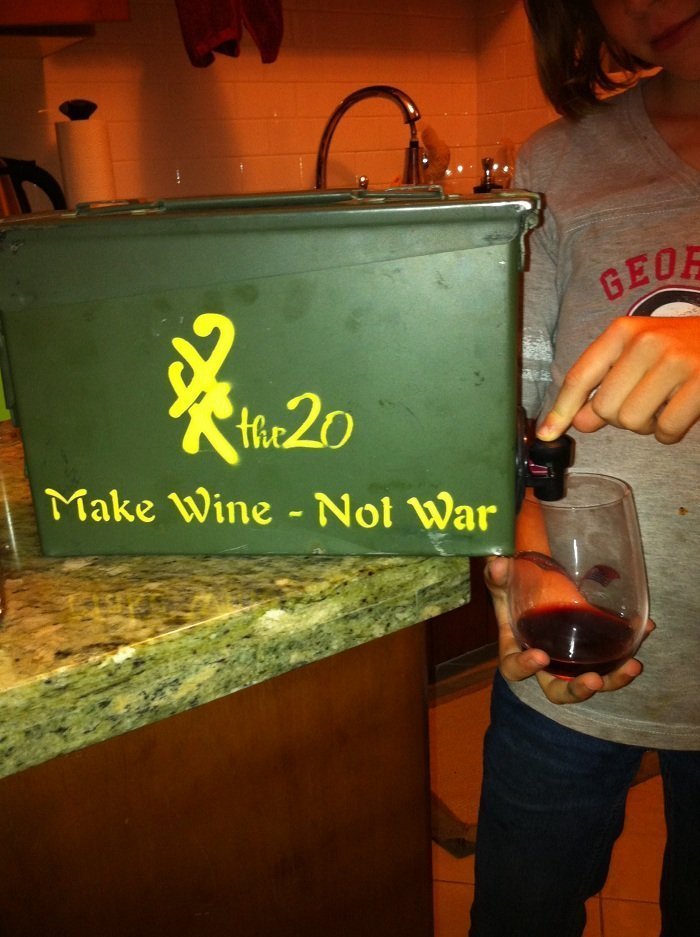