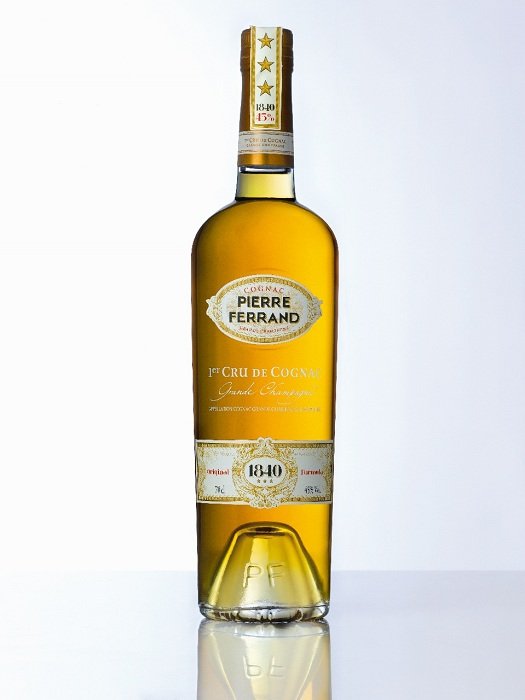 Cognac Ferrand’s latest release says, “Out with the old, in with the… old?” Designed with the help of cocktail wunderkind David Wondrich, Ferrand’s 1840 Original Formula is a “Revival” Cognac, blended and aged in an attempt to emulate what a 19th century style spirit might have tasted like — hence the name. Wondrich and Ferrand’s Alexandre Gabriel worked from a well-preserved bottle of Pinet-Castillon Cognac produced in 1840. I obviously can’t judge how close they got, but either way, they were drinking pretty well back then, it seems.

If you’re expecting something rough and hoary, think again. This is a lively and fresh Cognac, easy drinking and full of fruit. One of the big differences between other Cognacs is that it is bottled at 90 proof instead of the usual 80. You won’t notice the change, but I think the extra alcohol smooths out the brandy’s rough spots, since this after all a relatively young, VS-class spirit, as you can probably tell by the very pale gold color.

The brandy is very mild and quite sweet, with lots of apple and vanilla flavor on the nose and body. The finish offers wood character, some cinnamon and caramel notes. This tastes both young and refined at the same time, without a hint of that raw alcohol flavor that is so pungent in many younger Cognacs. It doesn’t offer a ton of complexity, but overall it’s a bargain for a spirit of this quality.