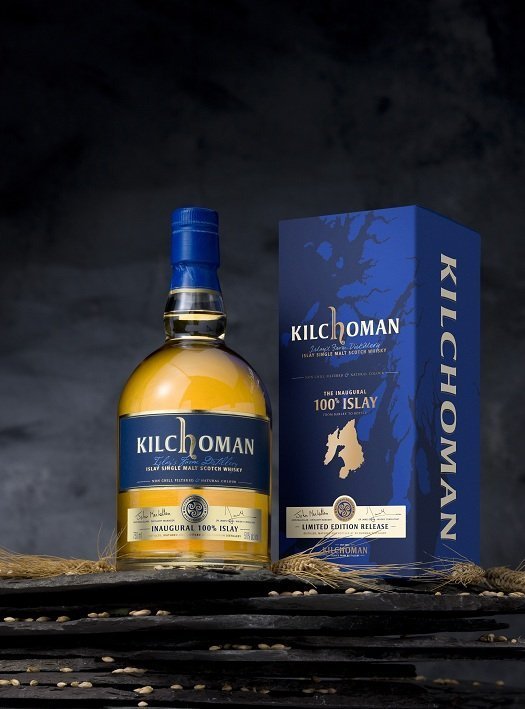 We’ve been covering the quarterly releases from Kilchoman — established in 2005, it’s the first distillery built in Islay for 124 years — since mid-2010, and finally the distillery is releasing its “Inaugural” whisky. That, of course, is a bit of a misnomer, since Kilchoman has released at least eight whiskys that I’m aware of previously — but this one is the first bottling made from barley grown, malted, distilled, aged, and bottled all at the distillery on Islay.

That said, there is precious little of it to go around — just 780 bottles are available for the U.S. market. The spirit, 3 years in Bourbon casks and 5 months in Sherry, sticks close to the Kilchoman formula, with a few twists. Though a touch hotter than the quarterly bottlings at 100 proof, it retains its smoky core. This is a heavily peated whisky on par with typical Ardbeg or Laphroaig, but unlike most extra-smoky malts, it has a certain sweetness to balance things out. Probably from the sherry finishing, that campfire gets cut down to size pretty quickly, offering apple fruit and citrus notes on the finish.

Ultimately I’m reminded a lot of the recent Laphroaig Cairdeas release, another very young whisky that still retains a lot of character and manages to pull off a sweet finish, too.