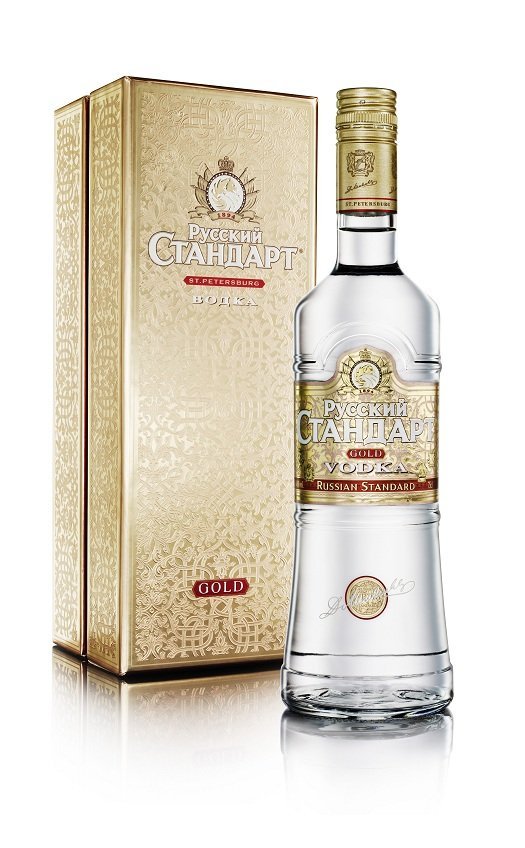 The bottle design of this new vodka line extension is less imposing but still hangs on its Russian street cred, all Cyrillic lettering and Old World nostalgia. Inside, yep, it’s vodka, and while it’s unclear how the recipe differs from the other RS bottlings — literally no information is offered except it has the “finest Russian ingredients include carefully selected Siberian Golden Roots,” which I had to look up but which didn’t really help me at all.

Whatever it is, your 45 bones gets you some awfully good stuff. As vodka goes, this is a nuanced and unique spirit, loaded with vanilla and bearing a distinct chocolate finish. Frankly it’s better than most flavored dessert-style vodkas if you’re looking for that kind of sweetness, but the sugar’s not overpowering. Instead, it’s quite perfectly balanced with a seductive and sweet body, yet it’s still a burly vodka at heart and with a big finish that makes no bones about its true calling as a monster vodka.

This is a vodka with two heads, each of them in equal measure. That’s a rare feat in the vodka world, where things tend to veer either toward uber-medicinal rotgut or sugared candy bombs, and for that, Russian Standard Gold deserves high praise indeed.

You will, however, have to pay for that praise.