Book Review: Great Whiskeys: 500 of the Best from Around the World 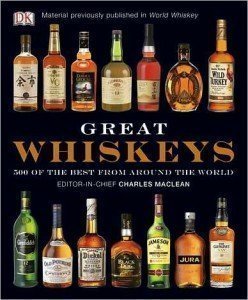 The bad news: Many of the world’s “great whiskeys” are ones you will likely never see in the real world. Pinwhinnie Royale? Dallas Dhu? Braunstein Danish Whiskey?

The good news: If Great Whiskeys is right, there are plenty of whiskeys you can get your hands on, including Early Times, Canadian Mist, and Georgia Moon.

This oddball tome is arranged dictionary-style, one whiskey per page (for the most part), alphabetically: Cutty Sark gets the same ink that Monkey Shoulder does, and they are all lovingly chronicled by editor Charles MacLean in this nearly pocket-sized paperback.

This approach makes for easy skimming, and if it were in a larger format it’d be a credible coffee table book, but as it stands, anyone short of the whiskey expert will be put off by it. Having Usher’s Green Stripe next door to Van Winkle… why, anyone who doesn’t already know his stuff is likely not to “get it.”

That said, the expert won’t learn anything new from the book. Though the pictures are pretty, the writeups don’t give you much else to work with, with most whiskeys barely earning 100 words to describe their distillery’s history, plus a sentence or two of explanation about the product itself.

Great Whiskeys: 500 of the Best from Around the World 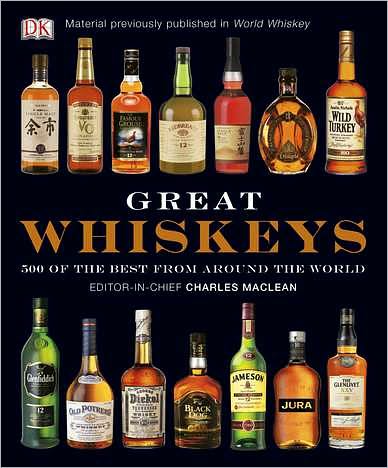