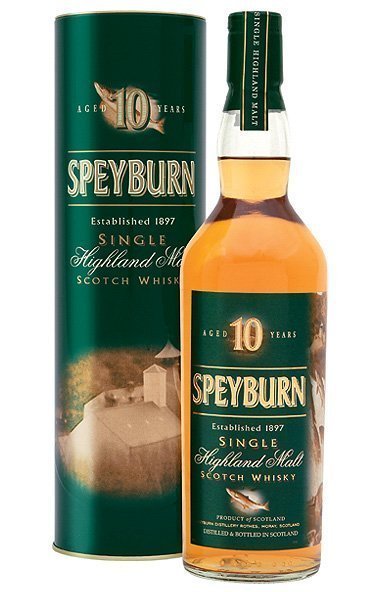 Shop carefully and you can get a single malt whisky for 20 bucks: Though I’ve rarely seen it in bars, Speyburn is a staple of grocery stores around these parts, where it’s cheaper even than Johnnie Walker Red Label.

Based in the Speyside region (of course — though the bottle claims a Highlands origin), this is a surprisingly good whisky for the price. Clean and nougaty, it offers mild sweetness set to a silky, rounded body. It’s not what you’d call a complex Scotch, almost Irish in its character with simple, caramel sweetness and just a few citrus touches. Unpeated and with little of the fruity character common to Speyside whiskys, this isn’t a dram you’ll want to savor on a special occasion, but rather a simple whisky suited for the kitchen, something to have at the ready after a long day at work. Give it a try.