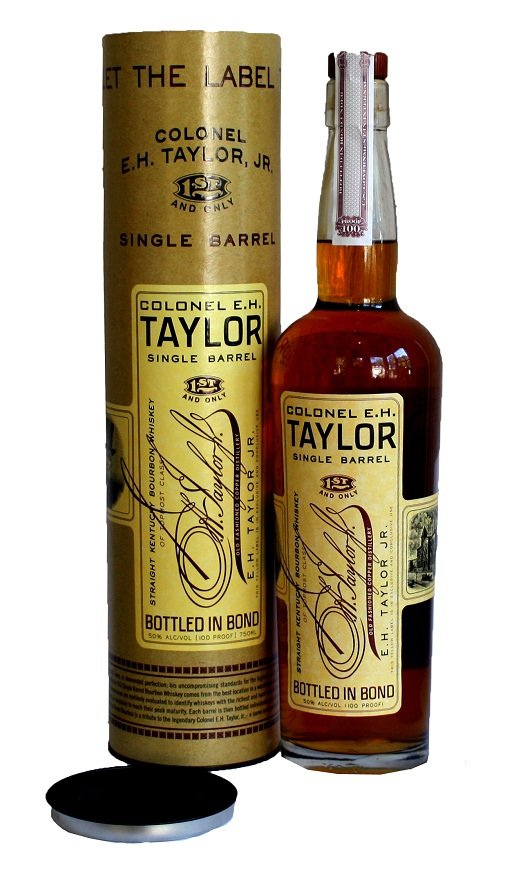 Earlier this year our friends at Buffalo Trace released the first in a line of new whiskeys named for pioneering Bourbon-man E.H. Taylor. A second spirit is now ready to join that line: Colonel E.H. Taylor Single Barrel Bourbon.

Aged 11 years 7 months, this is a nicely matured whiskey with plenty of wood going on throughout the spirit. On the nose and on the tongue, it’s a whiskey for the man that respects wood, and a fine Bourbon, of course.

On the palate, alongside that wood, Taylor Single Barrel proves to be a complicated beast. A huge body conceals within orange peel, lots of nuts, charcoal and smoke, and a finish that at least pays homage to traditional Bourbon sweetness. Savory and thick, it’s a bit of a bruiser, so full of flavor that you don’t notice the heat until the finish starts to fade, and it punches you in the stomach.

Altogether another great Bourbon in the Taylor lineup, though perhaps not quite the masterpiece that Sour Mash is proving itself to be.