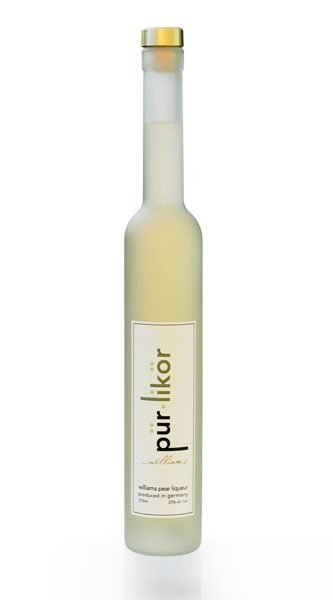 Pür Spirits is based in a small village in Germany, so it makes sense that its artisinal liqueurs and other products, made from recipes handed down over the generations, are only just now making it to the U.S. At the present, the company offers six products for sale. We reviewed three. Notes follow.

Pur Spirits Pur Likor Williams – This Poire Williams is a classic expression of pear liqueur: The company says 35 pounds of pears go into every standard bottle. The flavor is authentic and expressive: Big pear character with that distinct crispness on the finish that distinguishes it from apples. A touch of astringency mars an otherwise moderate body, but on the whole this is as solid a pear liqueur as you’ll find on the market. 50 proof. A-

Pur Spirits Pur Geist Framboise Raspberry Flavored Vodka – A raspberry vodka, flavored with only wild raspberries, no sugar or syrups. Good raspberry flavor and the nose is spot-on, but as with many an unsweetened, flavored vodka, it’s got too much punch for drinking solo. The aftertaste is long and lasting, but the hard edge on the finish knocks it down a peg. 80 proof. B+

Pur Spirits Pur Likor Bierbrand – A spirit distilled from German marzen beer — aka malted barley — and aged in a cask made of chestnut wood. That makes this, essentially, a German rendition of single malt Scotch. The problem here is one of age. Based on the flavor profile, there really doesn’t seem to be any of it here, and traditional bierbrand actually isn’t aged at all. The light hand of wood doesn’t mellow out Pur’s version very much at all. There’s a slight vanilla tinge to the mid-palate, but the rest of the spirit, from start to finish, is largely rough-hewn white whiskey character. The funky aftertaste lingers and does not overly invite continued consumption. 84 proof. B- 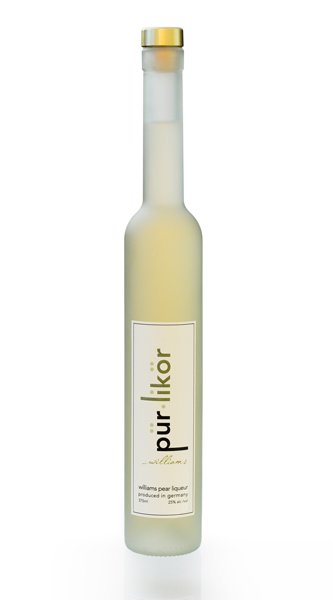