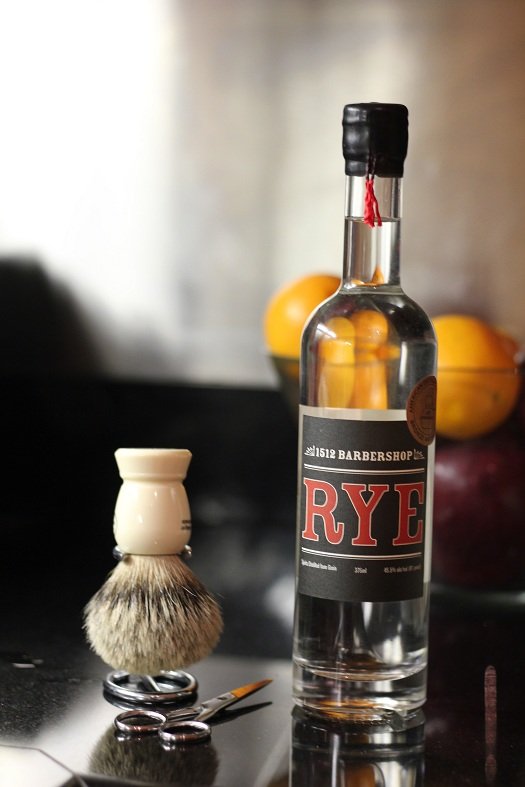 The story behind 1512 is almost more interesting than this, its first product.

Salvatore Cimino is a real barber in San Francisco, and his forebears include a series of whiskey bootleggers. So Cimino put the two together, in a way: With a legally produced whiskey named after his discreet Nob Hill barbershop. Cimino spends his days cutting hair, his nights cutting heads and tails as whiskey comes off the still.

Cimino set up shot north of the Bay Area, in Rohnert Park, and production here is extremely limited, under 100 liters a month of product. Distilled from rye in custom copper stills, completely unaged, and bottled at 91 proof, even in the rising world of white dog whiskey, it’s unique.

How you feel about 1512 will likely echo how you feel about unaged, white whiskeys. It’s young and brash, completely untempered by time spent in barrel. But going with rye is an incredibly prescient choice, giving the spirit character that most ultra-corny white whiskeys just don’t have. The real fun is not in the largely traditional nose but on the back end: That fuel-focused funk so common in white dog is cut with a big kick of pepper, saltiness, and something I can only describe as the essence of a summer barbeque — a little coal- and mesquite-like burn on the finish.

White dog is rarely fun, but 1512 Barbershop Rye — an enticing first volley in an upcoming line of whiskey curiosities — is both fun and rare.