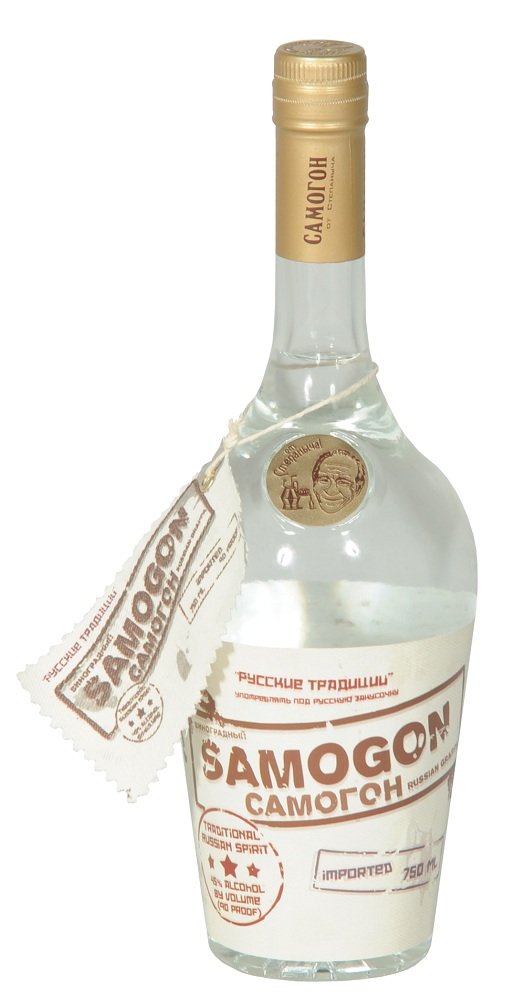 Yeah, you read that right: Grappa from Russia.

Samogon is actually the Russian term for moonshine, so using it as a brand name is a little confusing. Samogon, from Phenix Brands, is also not really moonshine (in Russia, it’s typically a sugar-based spirit), but rather a grappa, made from grape stems and seeds left over from the winemaking process.

It’s unclear what grape varietal is used in the making of Samogon, but as grappa goes, this is pretty straightforward stuff. The nose is filled with fuel-like characteristics, an astringency common with simpler grappas. The palate is about the same: Tough as nails and heavy on the funk. There’s not a lot of nuance in Samogon, which perhaps explains how they came up with the name: In a world of ultra-smooth premium vodkas, Samogon tries to go the other way. For those of you who like a lot of character in your liquor, well, you found it — for better or worse.