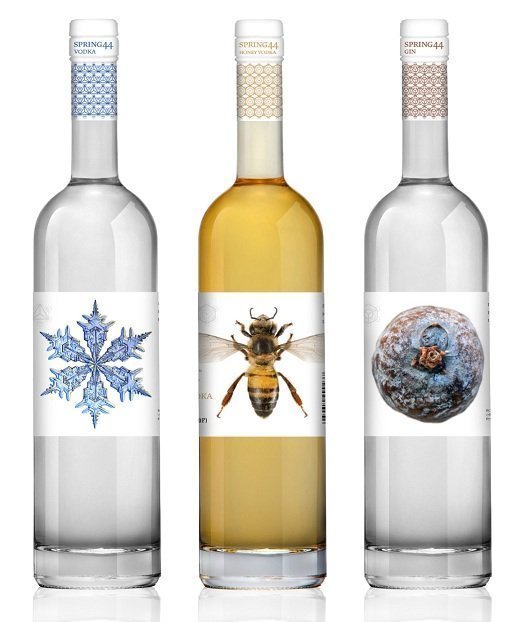 Spring44 (aka Spring 44) is a new line of vodka and gin out of Colorado. All are distilled five times from a multi-grain blend of wheat, rye, and corn (much like whiskey), filtered through a coconut husk filtration system, and blended with water from a 9,000-foot-high source.

We checked out all three of the distillery’s initial offerings. All are 80 proof.

Spring44 Vodka – I like this spirit a lot. A bracing nose offers light medicinal notes, and the body has astringency to spare. It is however balanced by just a touch of sweetness, giving it an interesting character while still living squarely in the realm of traditional vodka style. Spring44 isn’t a complicated vodka — it wears its medicinal character on its sleeve — but it is authentic and expressive. It’s a wonderful balance of old world and new. A- [BUY IT NOW FROM DRIZLY]

Spring44 Honey Vodka – Kind of an odd choice for your first and only flavored vodka, but Spring44 obviously has a jones for honey flavor that it couldn’t ignore. Compared the the relatively restrained flavors of the straight vodka, the Honey version is huge and overwhelming. A light yellow hue indicates that plenty of honey goes into this blend, and while it isn’t immediately evident on the nose, it’s awfully big on the tongue. This honey notes here are earthy and, as is often the case with honey vodkas, on the funky side — not quite honey but not quite vodka, either. Where it lives is an odd middle ground between tradition and fun, and unlike the straight vodka, it doesn’t work as well. B [BUY IT NOW FROM CASKERS]

Spring44 Gin – Spring44 uses 12 botanicals (including many Colorado natives) in this formula and does not reveal them. The character is also not entirely balanced, heavy on fruit flavors (I presume berries of various ilk are in the mix), with juniper coming up behind. Again, this just doesn’t work together the right way, both sweet and bitter but not in the way you might expect. The finish is off: A lingering flavor of berries left to macerate too long — a bit like an Eastern bloc fruit brandy — and not so much a gin. B- [BUY IT NOW FROM DRIZLY]