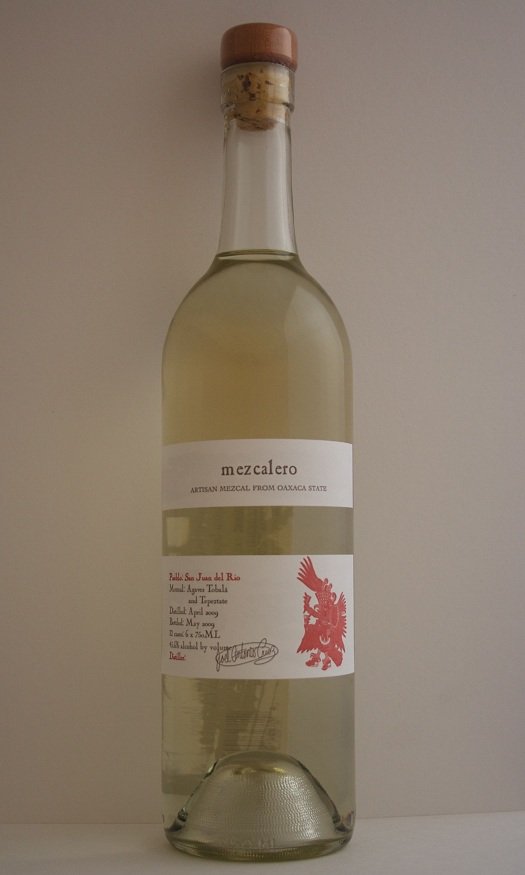 First a primer on how most mezcal makes it into the U.S.: Some American gets on a plane and road-trips through Oaxaca, Mexico, tasting his way through artisan distilleries until he finds something he loves. That American then becomes an importer, and in the case of really good mezcal, sometimes only a few hundred bottles make it into the States.

Craft Distillers did just that with Mezcalero, now in its second edition, and available initially with less than 200 bottles allocated to our country, all in California. The company has just 60 bottle left on hand, so if this sounds at all interesting to you, now’s the time to act before it’s all gone.

Distilled from the wild tobala, wild tepeztate, and domestic espadin agave varieties by the San Baltazar Guelavila distillery, Mezcalero #2 makes no bones that it’s going to be intensely fiery and smoky. Where many modern mezcals rest of their smoldering smoothness, Mezcalero is a torrid heat-bomb. Smoke is overwhelming on the nose and on the tongue. Great mezcal can have lots of interesting secondary character, but aside from notes associated with the grill — black pepper, onions, maybe a touch of brown sugar on the very end — this one is lacking. The body lacks weight and there’s just no balance to the BBQ character. This is wholly drinkable, especially with water, but I’d hoped for more.