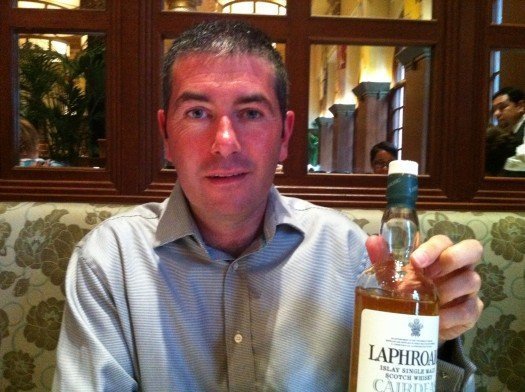 Laphroaig, the king of peated Scotch, is not a company that likes to rock the boat. Today, it has just five real bottlings on the market — 10, 18, and 25 year olds, Quarter Cask, and a cask strength version of the 10. That’s it. No fancy finishes. No extra-woody (or, more likely in Laphroaig’s world, extra-peated) versions. This is a distillery that sits on 200 years of tradition, and over lunch with Master Distiller John Campbell, he was deadpan but sanguine about that: It is what it is. People are going to drink Laphroaig, or they won’t, and the company isn’t going to chase the customer with a bunch of hooey.

Campbell didn’t say hooey — he’s a Scotsman through and through — but I knew what he meant.

Still, things are starting to change — however slightly — for Laphroaig, with the release of Cairdeas (pronounced “CAR-chess”) Ileach Edition, a limited edition annual release that was formerly available only to Laphroaig’s “Friends & Family” members — and even then mostly only in Europe. 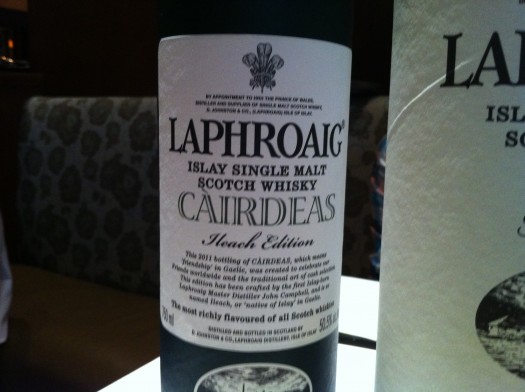 Cairdeas is a departure for Laphroaig in a lot of ways. It carries no age statement, is bottled at 101 proof, and it comes in a clear bottle instead of Laphroaig’s traditional green ones. Cairdeas means “friendship” in Gaelic, and you’ll likely need a friend in high places to find a bottle of this: Only 3,750 bottles are being produced for the U.S. (it will be sold in just eight states), and at just $60 retail, they are likely to go fast.

The malt is a real winner: Eight years old, according to Campbell, and light as a feather in color. There’s peat on the nose, reminding you this is Laphroaig at heart, but it’s not aggressively smoky, coming across more as a damp mossiness than a trip up the chimney. On the tongue, the peat all but vanishes, revealing floral notes, lots of orange (almost candied), and a sweet, nougat-laden, and warming finish. Peat makes a comeback for the finale, leaving a rumbling, charcoal aftertaste. Amazing balance and perfect on a super wet day (as was the case when I tried it, when a rainfall record was set in S.F.).

We also tried the 10, 18, and 10 year cask strength over the lunch, and while I have a serious soft spot for that lush, honeyed 18 year old, I have to say, this Cairdeas was probably my favorite of the day. 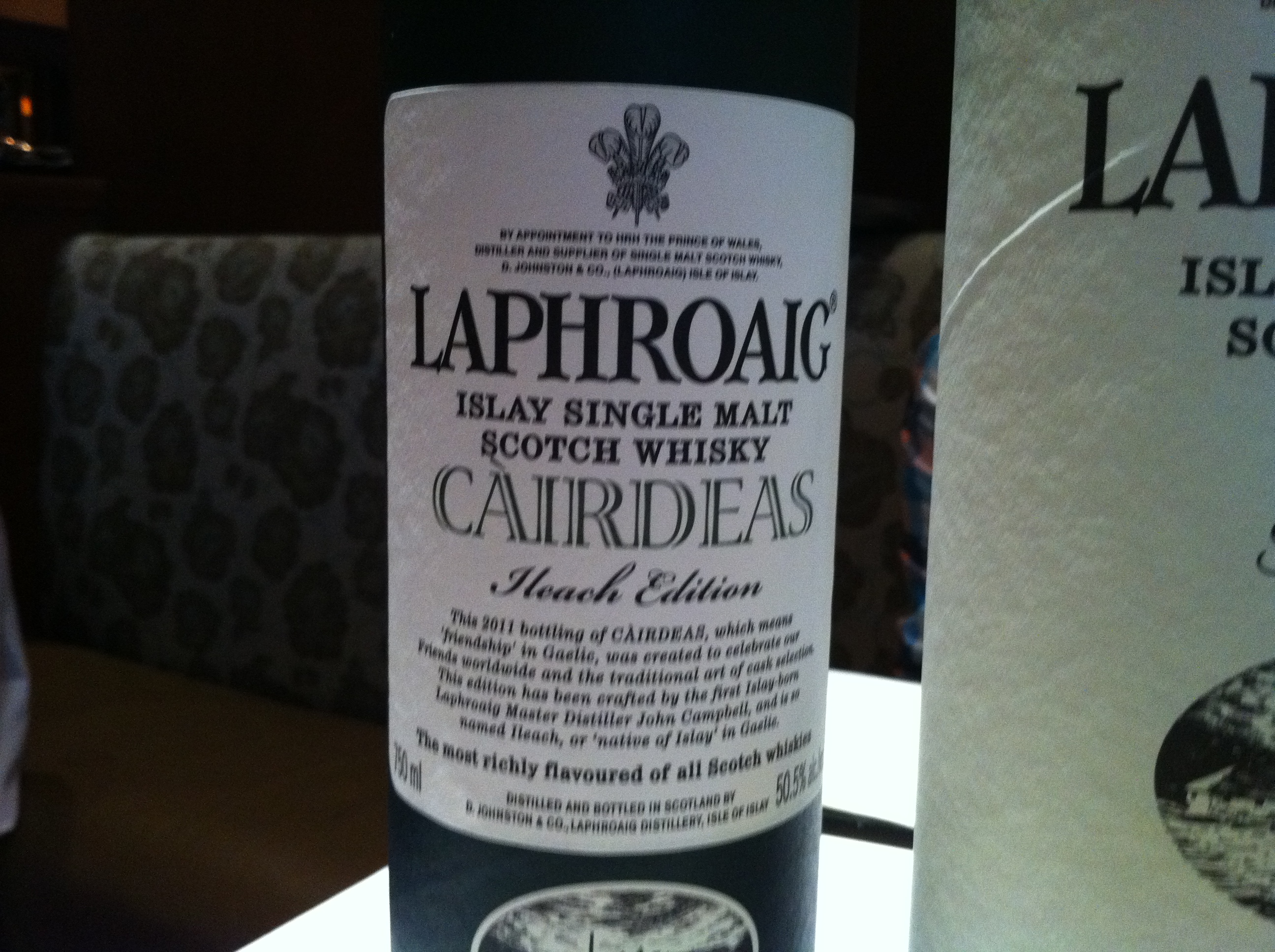 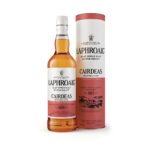