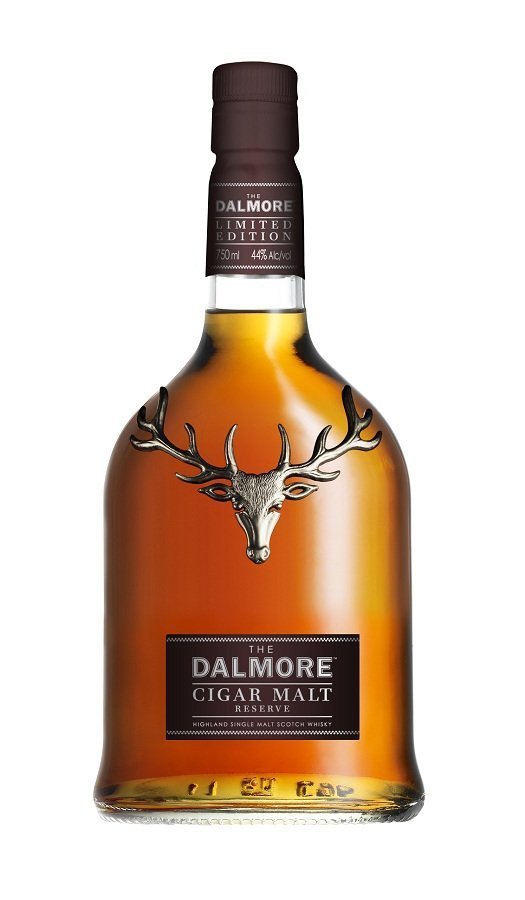 Most Scotch whiskies are aged in ex-Bourbon barrels for the majority of their lives. Only at the end are they occasionally finished in oddball barrels, like former sherry or Port casks.

Dalmore’s Cigar Malt — a brand which has been off the market for years now — is an exception to the rule. It spends most of its lifetime (how long is not disclosed) in Oloroso Matusalem sherry butts. The ultimate proportion of these butts in the blend represents 70% of the spirit; the remainder is American white oak.

As the name implies, Cigar Malt was designed to be a companion for the stogie smoker. This, incidentally, is also why it vanished: The stigma about smoking drove Dalmore to rethink the scotch and relabel it as Dalmore Gran Reserva.

Now Cigar Malt is back, but it’s a new spirit, not a re-release of the old one. (And, in fact, it tastes nothing like Gran Reserva. It’s also twice the price.)

The new Cigar Malt Reserve is burly and tough, a malt that indeed feels designed for a Churchill or two. Without said cigar, I regret to inform that Cigar Malt disappoints. The nose is one of corny, young whiskey, to the point where if I didn’t know better I would have assumed this was corn spirit. If you can push past all that you’ll get to the sherry character that Dalmore deservedly trumpets, and you’ll find rich honey and orange notes inside. But is it too much of a good thing? Is all that time in sherry casks responsible for ultimately taking this malt down a road less traveled for a reason?

I look forward to trying this again down the road — particularly side by side with other Dalmore expressions — but for now this is a disappointment from an otherwise stellar distillery.