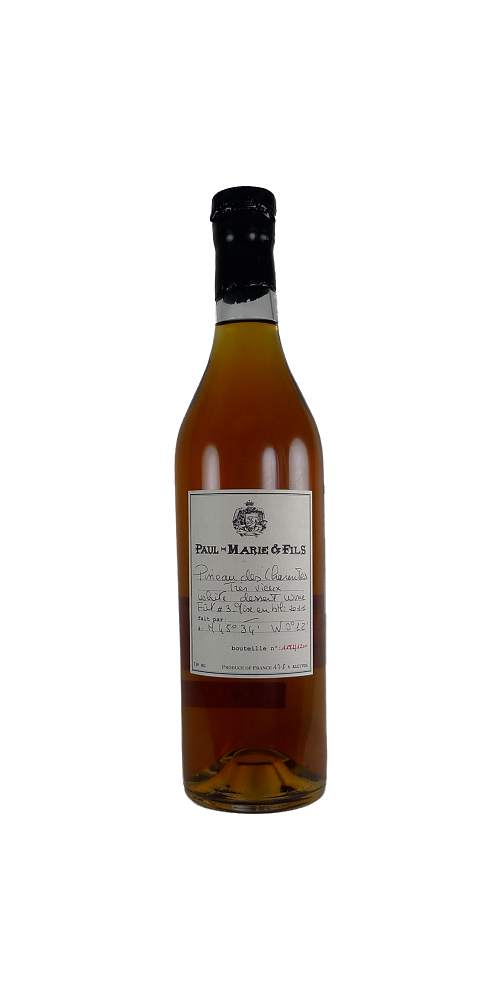 You may be looking at that headline and saying, damn that’s a lot of French. What the hell is Pineau des Charentes, and what is a tres vieux fut?

The easy one is the latter part: Tres Vieux Fut is “Very Old Cask,” and this is the third release from Paul-Marie & Fils of this Pineau.

So, what is Pineau? Pineau is a sweet, fortified dessert wine from the Charentes area of France, which encompasses the Cognac region. Grapes that would normally go into Cognac are crushed and left as unfermented juice: To turn it into alcohol, Cognac is added until it hits about 40 proof, then the mixture is left to age in barrels in a cellar.

This Pineau has spent more than 20 years in cask. (It’s actually a blend of two casks of Pineau, one 20 and one 21 years old, but that’s probably more information than you need.) 1,285 bottles were produced, and the vast majority are available here in the U.S. (And good luck to you in finding one.)

The resulting “wine” (which is intended to be drunk chilled) is somewhere between a sherry and a Port in character, but almost rose-wine like in color, a sort of pale orange -pink. It offers dried fruits on the nose, and a dessert character that’s like candied oranges. The finish is very sweet and the most sherry-like part of the experience. Very intriguing, it keeps calling you back to try it again and again.