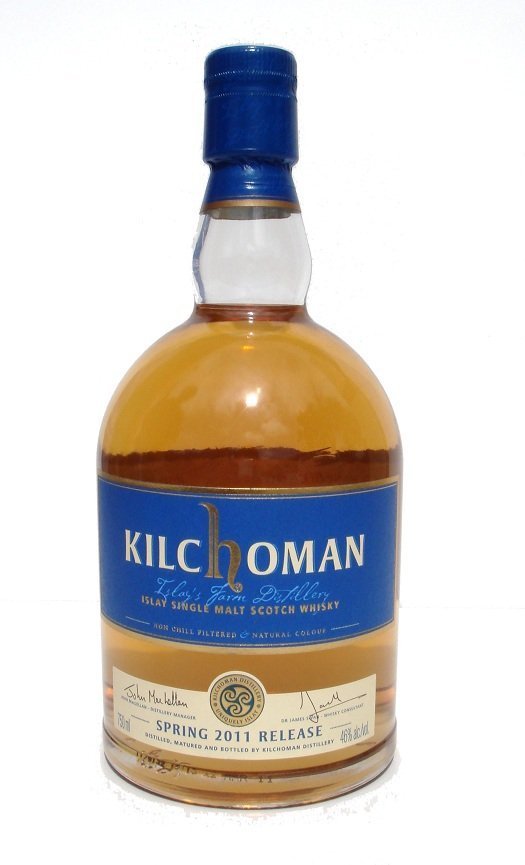 Kilchoman’s quarterly Scotch whiskey releases continue with this Spring 2011 release which is just now hitting our shores. It is a vatting of 70% three-year-old whisky from first-fill Bourbon barrels plus 30% four-year-old whiskey from first-fill Bourbon barrels that has been finished in Oloroso sherry barrels for five weeks. Bottling strength is 92 proof.

The results are as always a pale yellow spirit with a lot of peat and heat in it, all the character of Islay distilled into a glass. That sherry, with barely a month of barrel time on just 30% of the whiskey, doesn’t seem like it will have a whole lot of chance to fight through the peat, but it just about manages to nonetheless. While smoke, seaweed, and iodine hit the palate first, it’s tempered with a touch of sweet and citrus, especially as the spirit lingers. It’s a nice effect — though it would be lovely to get a little more of that sherry influence — and one which ensures this is nowhere near the peat bomb that prior Kilchoman releases have been.

Pretty lovely little Scotch, and one which is really growing on me the more I drink it.