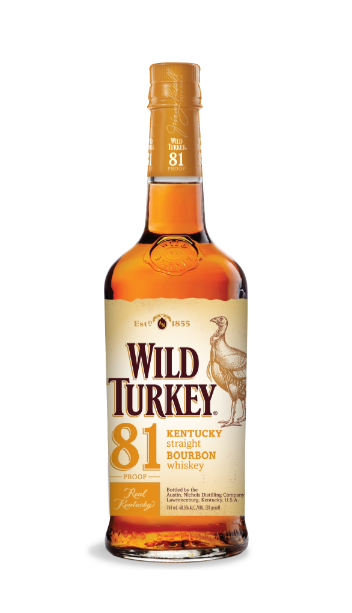 Wild Turkey is famously — perhaps infamously — hot, coming in at a blistering 101 proof. Now our friends at WT have released a cooler, lighter, and smoother version of the same Bourbon, weighing in at a mere 81 proof. (It just wouldn’t be Wild Turkey without the extra 0.5% alcohol.)

First things first: Wild Turkey 81 is not (apparently) just Wild Turkey 101 watered down 20%. This is a new whiskey, a blend of six-, seven-, and eight-year-old spirits aged in a heavy #4 char barrel. The usual WT high-rye mash is used as a base. (Complicating matters further is the fact that there is an older 80-proof Wild Turkey bottling as well, but that’s another story.)

The results are quite a delight. Unlike the often scorching Wild Turkey 101, WT 81 is easy and sweet. No burn whatsoever, just a lovely caramel and vanilla body flecked with lemon, honeysuckle, and heather notes. Less rye influence than in any other Wild Turkey expression (and I’ve had ’em all). Extremely easygoing, it is a perfect sippin’ whiskey, one which needs no doctoring whatsoever.

Serious Turkey fans will probably find this a disappointment, too much of a change of pace away from the frontier style of the 101. (There’s also bound to be a chorus of boos over the price: At $20 a bottle, 81 is almost the same price as the 101 ($22), which, on a simple alcohol-percentage basis, represents a whopping 37% markup.)

Don’t mind the naysaying. It’s certainly different, but just as enchanting as the original… in its own way. 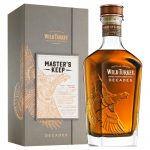