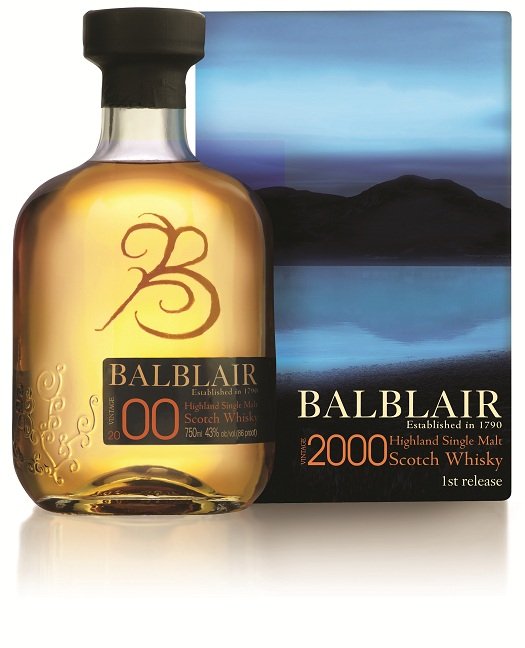 Balblair is a Highland malt, and a relatively obscure one at that. The squat bottle and modern label design don’t even look like your typical Scotch — not even Glenrothes. You could be forgiven for presuming you were looking at an obscure herbal liqueur when you spy this across the room.

But you’re not, and in fact the 2000 edition (1st release) of Balblair, released in September 2010 (making it a roughly 10-year-old Scotch), is a quite delicious whisky. The whisky recalls even-more-northerly neighbor Highland Park in style: Distinct honey nose, cereal character, some floral notes, and a citrus and Sherry finish. A bit of nougaty, marshmallow-type sweetness laces the drink — and there’s the slightest hint of smoke (not quite peat smoke, but more of a warming, campfire smoke) in the end, as well.

It’s got a surprising amount of complexity for a whisky so young and so light in color — just a pale, greenish gold — and it’s one I look forward to savoring. Look for it!

Retasted from a September 2012 bottling, with similar notes and rating.