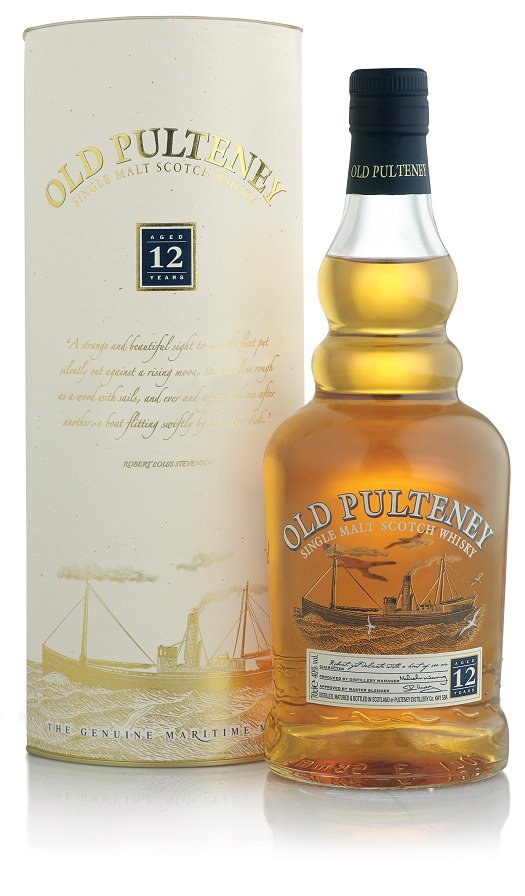 My favorite Old Pulteney has always been old Old Pulteney: At 30 years old, Pulteney takes on the essence of a longshoreman, but at a young 12 years old, as we have it here, it’s but an innocent seafaring lad of a whisky.

Hailing from the Highlands, Old Pulteney is the northernmost distillery on the Scottish mainland. (Only Scapa and Highland Park, both on Orkney, are further up there.)

This young Old Pulteney is hardly a showstopper. Brash and unbalanced, it’s a burly whisky, incredibly punchy and hot despite a mere 86 proof in the bottle, and redolent on the nose of baked bread, tar, and coal smoke.

The body features a bigger load of brine and seaweed, a touch of honey sweetness, than an overload of dried herbs, malt, and toasted (or possibly stale) bread. Touches of sherry, mainly on the finish. Honey and toast sounds like a good combination in theory, but here it is difficult and somewhat inharmonious.