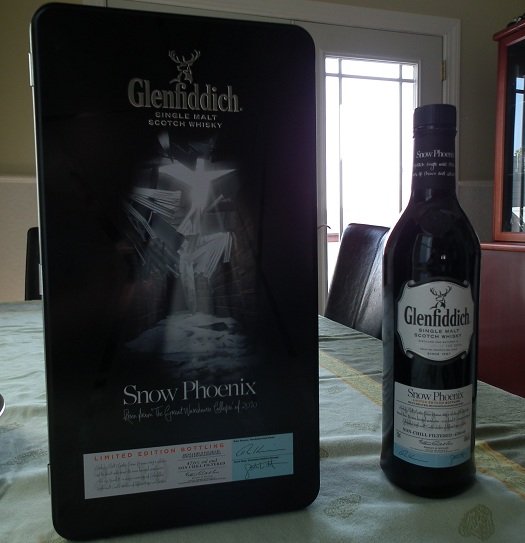 It’s one of the most-requested products that I review here at Drinkhacker, and I was finally able to cajole Glenfiddich brand ambassador Mitch Bechard into bringing a bottle of Glenfiddich’s prized Snow Phoenix single malt over for sampling.

The story behind Snow Phoenix could fill a book: In January 7, 2010, after a wild winter in Scotland, five of the roofs of Glenfiddich’s warehouses collapsed under the weight of five feet of snow and ice. 250,000 casks were buried under the weight of the frost — and the tin roofs above them — and by summer it was time to rebuild the damaged buildings. Shockingly, only three casks were destroyed.

From the casks exposed to the elements, Glenfiddich hand-selected a sampling of barrels to use for an honorary, one-time bottling called Snow Phoenix. (Look at the photo — an undoctored shot of the carnage — on the metal case and you’ll understand the reference.) 12,000 bottles were produced from casks aged 13 to 30 years old, representing 50% first-fill bourbon barrels, 30% second-fill bourbon barrels, and 20% sherry barrels. Bottled at cask strength, Snow Phoenix is 95.2 proof.

The pale gold whisky is unique and gorgeous. The nose offers pear, vanilla, sherry, and quite a bit of heat. That hotness is absent on the tongue. There a bounty of flavors erupt — sugar and spice, citrus notes, and a finish that heads toward brown sugar and burnt caramel character, with a touch of wood notes. It’s all in near-perfect balance, complicated but part of a delicious whole.

Snow Phoenix is every bit as delightful and intriguing as the story behind it. 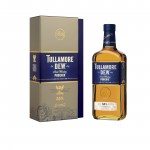